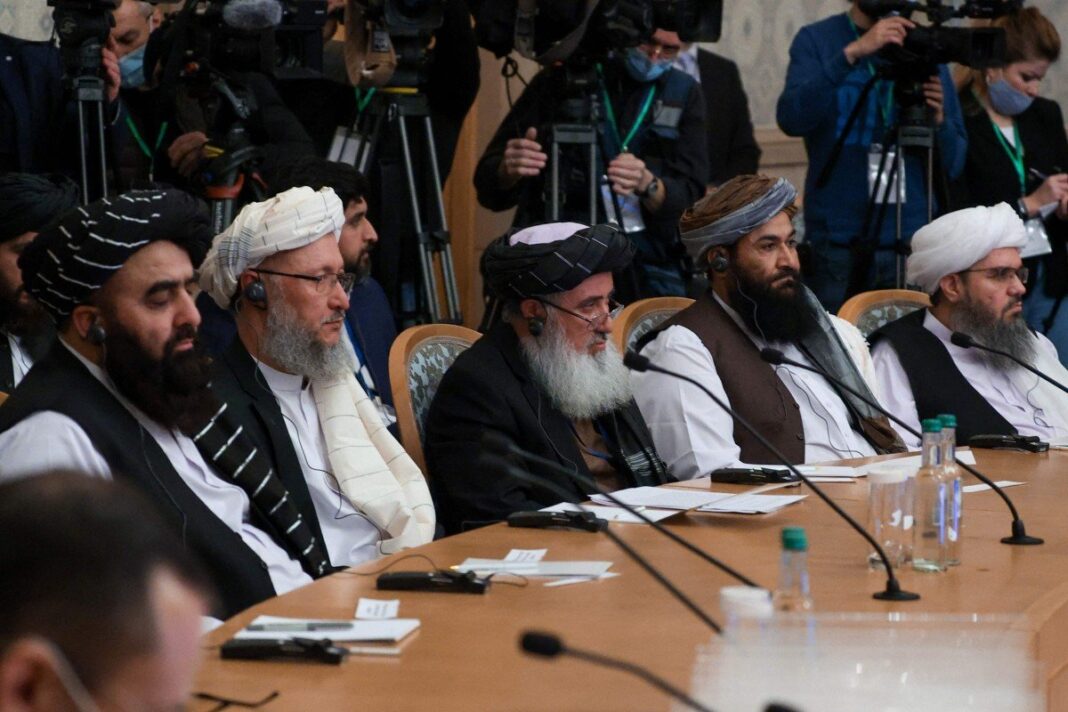 Participants in the Moscow Format Consultations on Afghanistan have called for urgent humanitarian and economic assistance for the reconstruction of the country, according to the joint statement released on Wednesday.

“Expressing deep concern over the deteriorating economic and humanitarian situation in Afghanistan, the sides expressed confidence in the need for the international community to mobilize consolidated efforts to provide urgent humanitarian and economic assistance to the Afghan people in the post-conflict reconstruction of the country,” the joint statement says.

The sides suggested that a collective initiative should be launched to convene a representative international donor conference under the auspices of the United Nations at the soonest possible time.

“Certainly with the understanding that the core burden of post-conflict economic and financial reconstruction and development of Afghanistan must be shouldered by troop-based actors which were in the country for the past 20 years,” the statement noted.

Participants in the meeting also called for the need of establishing relations with that country’s authorities “irrespective of the official recognition of the new Afghan government by the international community.”

Additionally, the sides reiterated their respect to the sovereignty, independence and territorial integrity of Afghanistan and reaffirmed their commitment to Afghanistan “as a peaceful, indivisible, independent, economically developing State, free of terrorism and drug-related crime and respecting the basic norms in the human rights area.”

“Being concerned about the activities of proscribed terrorist organizations in Afghanistan, the sides reaffirmed their willingness to continue to promote security in Afghanistan to contribute to regional stability,” the statement adds.

The participating countries urged the current Afghan government to adopt additional measures aimed at improving governance and forming a truly inclusive government, which will properly reflect “the interests of all major ethno-political forces in the country.”

“This will be a fundamental prerequisite for the completion of the national reconciliation process in Afghanistan,” according to the statement.

“The participating countries were pleased to note the reaffirmation by the interim Afghan government of its previous commitments to prevent use of the Afghan territory against its neighbors, other States in the region and the rest of the world,” it reads.

Additionally, the countries participating in the Moscow Format Consultations called on the new Afghan leadership “to practice moderate and sound internal and external policies, adopt friendly policies towards neighbors of Afghanistan, achieve the shared goals of durable peace, security, safety, and long-term prosperity, and respect the rights of ethnic groups, women and children.”

The Taliban and the special representatives of Russia, China and Pakistan to Afghanistan held talks in Moscow, Spokesperson for the Afghan Foreign Ministry Abdul Qahar Balkhi said on Wednesday.

“Following participation in Moscow Format talks, a senior Islamic Emirate of Afghanistan (the name the Taliban call themselves) delegation led by Deputy Prime Minister Mawlawi Abdul Salam Hanafi partook in a quadlateral meeting in which comprehensive discussions were held with special representatives of Russia, China and Pakistan,” the spokesperson stated on his Twitter page.

According to the photo attached to the Twitter post, Russian presidential envoy to Afghanistan Zamir Kabulov, Pakistan’s Special Representative for Afghanistan Mohammad Sidique Khan, Chinese Special Envoy for Afghanistan Yue Xiaoyong, as well as Russian Ambassador to this country Dmitry Zhirnov, took part at the meeting.