Afghan Minister: Afghan Commodities to Be Exported via Chabahar Port 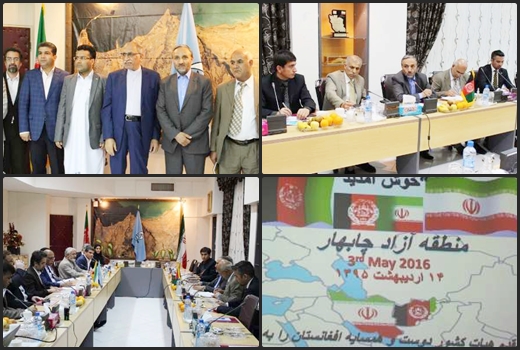 The Economy Minister of Afghanistan said commodities and minerals from his country will be exported to different parts of the world through the strategic ocean port of Chabahar.

In a meeting with the managing director of Chabahar Free Zone and a number of directors, Abdul Sattar Murad said Afghanistan is a country rich in iron, chromite, coal, precious stones and oil.
Stressing that Afghanistan, due to insecurity caused by war and civil strife over the past 30 years, has had no opportunity to take advantage of its reserves, he said Chabahar would play a significant role in the economic development of Afghanistan, and can perform a pivotal role in the development of the land-locked country.
Murad noted that Afghan businessmen are highly interested in having activities at the Port of Chabahar. With its connection to the Indian Ocean, it is the closest route for transit of Afghan commodities to different countries.
He further remarked that the high security, good interaction of Iranian officials and infrastructure of the Port of Chabahar are highly appropriate for the transit, export and import of commodities for Afghan industrialists and investors.
Chabahar, in Sistan-Baluchestan, is the only ocean port in Iran [others lie inside the Persian Gulf], which borders Pakistan in the east and the Gulf of Oman in the south.