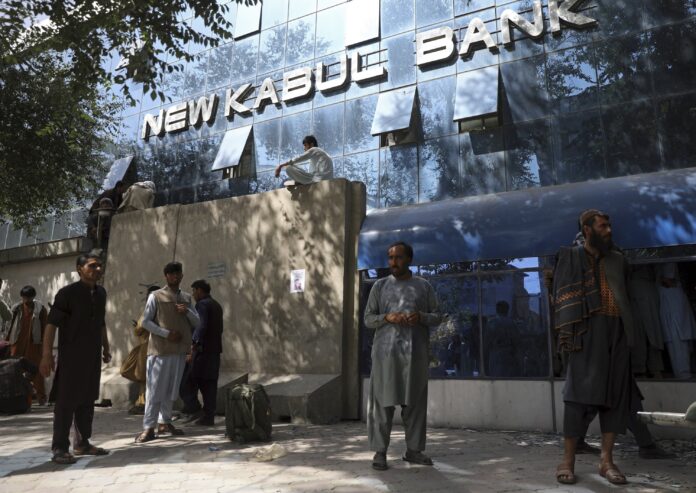 The Central Bank of Afghanistan had drained most of its cash reserves, weeks before the Taliban seized power in the war-ravaged country, according to a report seen by Reuters.

Economic officials from international financial organizations like the World Bank and International Monetary Fund (IMF) criticized the bank’s former leaders on how they handled the crisis in a two-page brief. The officials stated that the bank was running low on cash before the Taliban took control.

“FX (foreign exchange) reserves in CB’s (central bank) vaults in Kabul have depleted, the CB cannot meet … cash requests,” the report said, adding, “The biggest source of the problem is the mismanagement at the central bank prior to the Taliban takeover.”

Soon after the Taliban took power, the IMF and World Bank cut Afghanistan off from accessing global resources due to the ongoing uncertainty over recognizing the Taliban as the country’s legitimate government. The Biden administration also froze Afghan government reserves being held in U.S. bank accounts in August.

Billions in Afghan government funds are reportedly being held in the U.S.

Sources close to the matter told Reuters that the overthrown Afghan government had relied on cash shipments of $249 million every three months.

Chairman of the central bank’s audit committee Shah Mehrabi, who remained in the position after the Taliban takeover, noted the bank was trying to prevent a run on Afghan currency.

Ahmady claimed that no money was stolen from any reserve accounts.

The central bank is in charge of distributing aid from countries like the U.S. and said on Wednesday that it has finalized a plan to satisfy Afghanistan’s foreign currency needs.

According to the report obtained by Reuters, the bank moved some of its cash reserves to other provincial branches, increasing the amount kept in these branches from $12.9 million in 2019 to $202 million by the end of 2020.

“Some money is reportedly lost (stolen) from ‘some’ of the provincial branches,” the officials wrote.

Earlier this month, the United Nations urged the international community to release frozen funds to Afghanistan, warning that an economic collapse could be imminent and that such as event would serve to benefit terrorists seeking to build strength in the country.

“The economy must be allowed to breathe for a few more months, giving the Taliban a chance to demonstrate flexibility and a genuine will to do things differently this time, notably from a human rights, gender, and counter-terrorism perspective,” stated Deborah Lyons, the U.N. secretary-general’s special representative for Afghanistan.