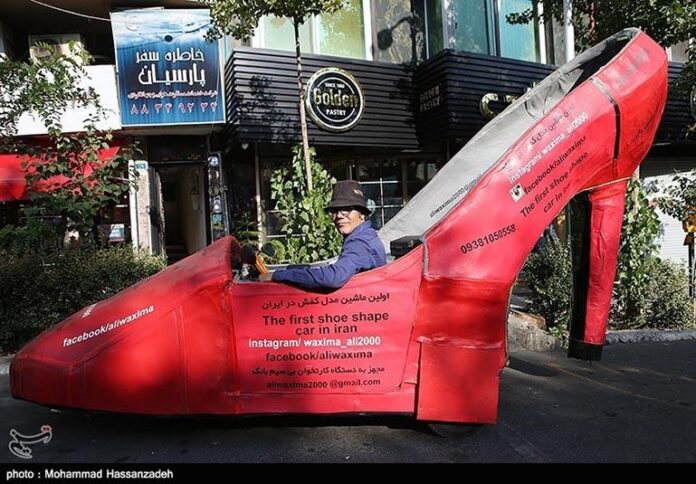 The 42-year-old cobbler drives his self-designed vehicle which resembles a high-heeled shoe to offer services to his clients across Tehran.

Mohammad Ali Hassankhani, known as Ali Waxima, is the first Tehran cobbler who is only one phone call away to offer services.

Over the years, his creativity to repair and polish shoes has encouraged many journalists to write pieces about him.

The 42-year-old man whose career spans more than two decades used to commute across the city by bicycle and later by a motorized tricycle to give services to his clients.

Later, he drove in Tehran in his self-designed vehicles which looked like a shoebox and a men’s shoe.

Waxima has now designed a new car which is similar to a high-heeled shoe. The vehicle has taken four months to be built. He plans to design a new vehicle resembling a child’s shoe.

Images of the Tehran cobbler released by Tasnim News Agency: