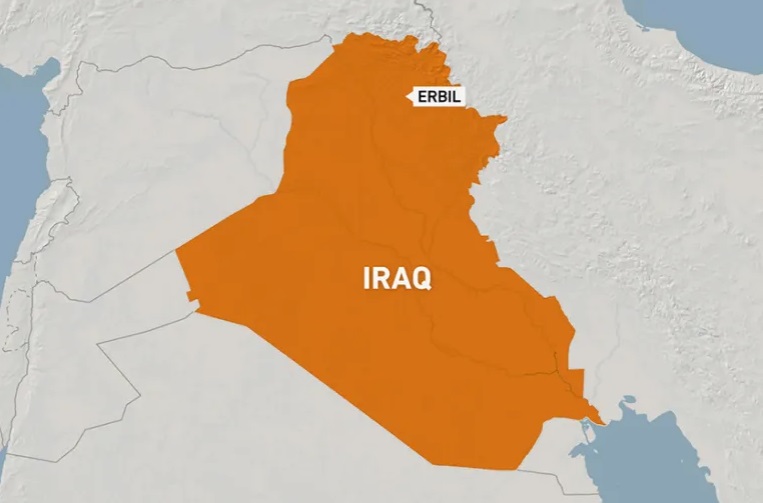 A dozen ballistic missiles launched from outside Iraq have struck Erbil, the capital of the northern Iraqi Kurdistan region, Kurdish officials confirmed. They added there are no casualties.

There was no immediate claim of responsibility or further details available. A US State Department spokesperson on Sunday called it an “outrageous attack” but said no Americans were hurt and there was no damage to US government facilities in Erbil.

It was not immediately clear where they landed.

The US forces stationed at Erbil’s international airport complex have in the past come under fire from rocket and drone attacks that US officials blame on Iran-aligned armed groups, but no such attacks have occurred for several months.

The last time ballistic missiles were directed at US forces was in January 2020 – an Iranian retaliation for the US killing earlier that month of its military commander, Lieutenant General Qassem Soleimani, at Baghdad airport. No US personnel were killed in the 2020 attack but many suffered head injuries.

Iraq and neighbouring Syria are regularly the scenes of violence between the US and Iran. Tehran-backed groups have attacked American forces in both countries, and Washington has on occasion retaliated with air raids.

Kurdish officials did not immediately say where the missiles struck. A spokesperson for the regional authorities stated there were no flight interruptions at Erbil airport.

Residents of Erbil posted photos and videos online showing several large explosions, and some said the blasts shook their homes.

“The aggression which targeted the dear city of Erbil and spread fear amongst its inhabitants is an attack on the security of our people,” he said.

“I discussed these developments with the KRG PM (Masrour Barzani),” he added.

“Our security forces will investigate and stand firm against any threats towards our people,” the PM continued.