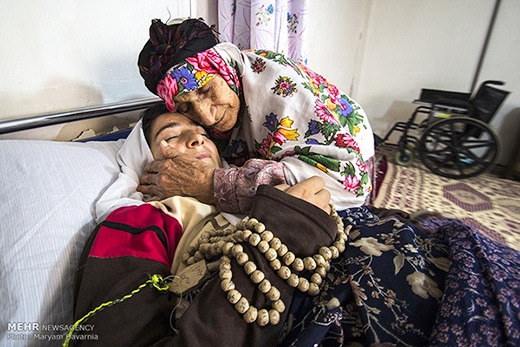 A photo gallery featuring a single Iranian mother who looks after her paralyzed daughter.

Shahrbanoo is a selfless mother who has devoted her life to her daughter, Zeinab, who fell from a walnut tree four years ago and sustained spinal cord injury.

Her daughter’s paralysis, high cost of living and being a single mother have imposed a lot of hardship on her, but she is a true fighter who is not giving up.

The following are photos Mehr News Agency released of Shahrbanoo and her daughter: