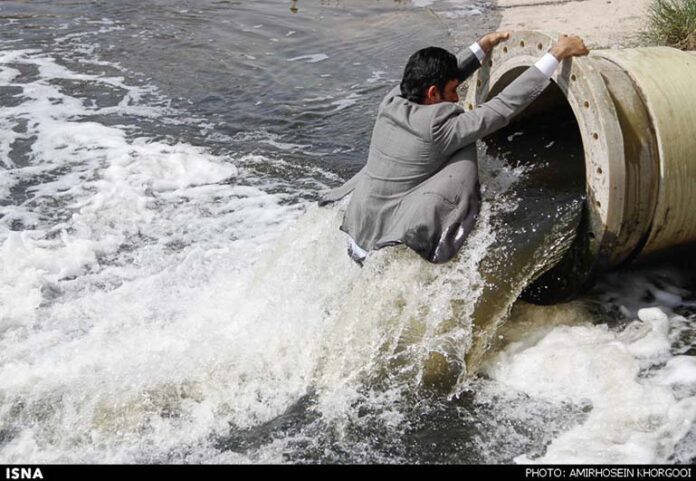 Environment activists have been protesting for years but their efforts to stem the flow of dirty water into sea have not produced any results yet.

In a symbolic act inspired by Hans Brinker in The Little Dutch Boy Who Saved Holland, a member of Bandar Abbas City Council has parked himself in front of a sewage pipe that empties wastewater into the sea.

Kianoosh Jahanbakhsh took the symbolic measure one hour before the city council convened and attended the meeting soaked simply to draw the attention of fellow councilors and other officials in the southern port city to the release of dirty water into sea.

In explaining the move, he later said that the Water and Sewage Authority of the port city has been releasing wastewater into the sea for a dozen years. “What law in the country allows this company to take such a destructive measure against the environment?”

The provincial Environment Protection Department and environment activists have been protesting the move for years but their efforts to stem the flow of dirty water into sea have not produced any results yet.

The following photos have been released by Fararu.com: