Over 70 Killed in ‘Attack’ on Idlib: Syrian Opposition 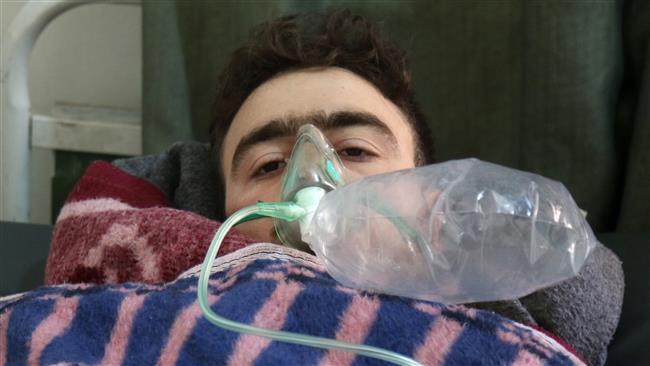 Sources close to the Syrian opposition claim that over 70 have lost their lives in an alleged ‘attack’ on the rebel-held city of Idlib.

According to opposition sources, over 70. or even over 100, have been killed in an attack on a chemical weapons factory in Idlib, Syria.

The UK-based Syrian Observatory for Human rights said dozens were also wounded in the strike, which it said targeted the province on Tuesday.

The pro-opposition body cited “medical sources” as saying that victims displayed symptoms of asphyxiation, which they said could mean that chemical agents were used in the attack.

Those claims and the report about the alleged attack could not be independently verified.

Later on Tuesday, a Syrian military source said the Syrian army “does not [use] and has not” used chemical weapons, “not in the past and not in the future.”

Separately, a Syrian member of parliament, Sharif Shahada, said he believed a chemical arms depot set up and held by the militants in the area may have exploded in the incident. He said the Syrian government was not in possession of such weapons.

Shahada also accused Turkey of having supplied militants in Syria with chemical arms.

The United States and its allies have in the past accused the Syrian military of conducting chemical attacks. This is while Syria turned its entire chemical arsenal over to international monitors under a deal negotiated by Russia and the United States back in 2013, Press TV reported.

The Syrian stockpiles of chemical weapons were surrendered in a joint mission comprising representatives of the United Nations (UN) and the Organization for the Prohibition of Chemical Weapons (OPCW) in 2014.