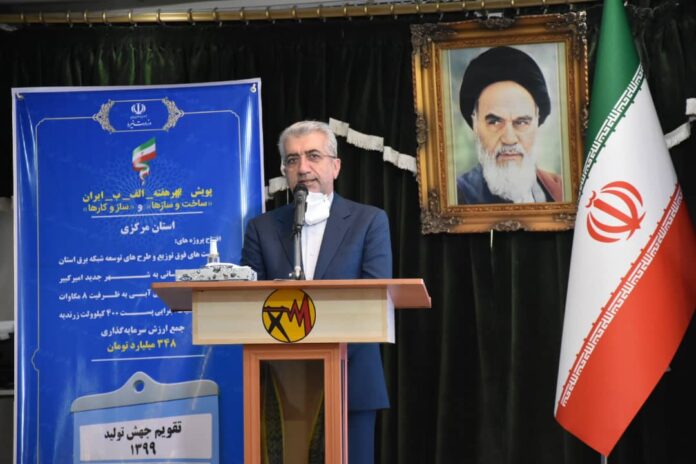 Iranian Energy Minister says 250 key water and electricity projects worth about $12 billion will get under way this year.

Reza Ardakanian made the comment on the sidelines of a Tuesday ceremony to inaugurate a number of electricity projects in Markazi Province through video conference.

Ardakanian said the energy projects in the central province are part of a program called “AB Iran”.

He added that in the third week of the implementation of this program six major water and electricity projects have been inaugurated in the province.

Referring to the current situation in the country and the spread of the coronavirus, Ardakanian said while the whole world is struggling with COVID-19, Iranians are involved in psychological and economic warfare too.

“We have no doubt the post-corona period will not be the same as before. Just as the post great war eras were not similar to the pre-war eras in history,” he underlined.

In February 2018, Ardakanian announced the Islamic Republic is self-sufficient in the area of power generation noting that the country is the top producer of electricity in West Asia.

He maintained that over 90 percent of power generation equipment including turbines and generators are currently built inside the country.