Zarif urges effective implementation of JCPOA by US 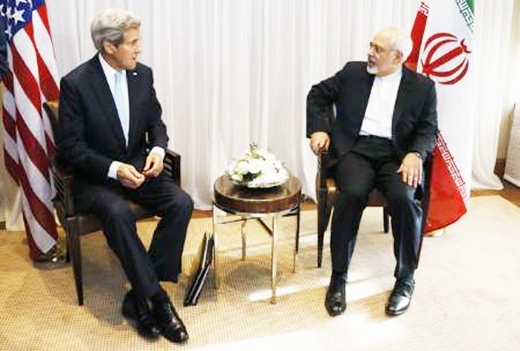 Talking to reporters upon arrival here on Tuesday, he said that during the meeting with his American counterpart on the sidelines of the United Nations events, he will urgently focus on the issue of need for Washington to frankly implement the JCPOA content and demand the US to stop sabotaging world countries’ banking and financial relations with Iran.

He also noted that his visit to New York aims at participating in two UN events namely signing ceremony of Paris Agreement and also the Sustainable Development Goals.

He will also hold bilateral meetings with officials from other countries, the foreign minister added.

Zarif further noted that the visit provided a good opportunity to foil the attempts by certain groups who are seeking to promote Iranophobia spirit in post-JCPOA era by conducting interviews or organizing meetings with the US academic circles and think tanks.

The foreign minister said he was going to have a bilateral meeting with his American counterpart John Kerry to stress the need for the US to seriously start to implement the nuclear deal.

He said he saw no obstacles in holding healthy economic relations with the US but still stressed that Iran has never been asking the US for any economic deals.

However, he added, the signing of the JCPOA was in essence pursuing the goal of having the US stop sabotaging in Iran’s economic relations with other countries not changing those decisions by the US Congress which would affect Iran.

Now it was time for Iran to work to win the trust of those companies and institutions that suffered losses in the past because of their interactions with Iran, Zarif noted.

The foreign minister said Iran should now try to assure such bodies that ties with Iran will no longer hurt them.