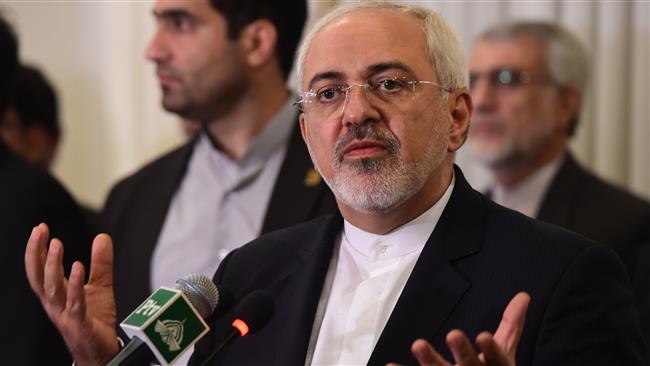 Foreign Minister Zarif has said that all countries, including Iran and Saudi Arabia, should help to end the war against Yemen.

Iranian Foreign Minister Mohammad Javad Zarif has called for a ceasefire in Yemen, which is being bombarded by Saudi warplanes since late March.

“Yemen’s issue only has a Yemeni solution,” Zarif said at a joint press conference with Sartaj Aziz, the Pakistani premier’s adviser on national security and foreign affairs, in the capital Islamabad on Wednesday.

“The people of Yemen should not have to face aerial bombardment,” he added, calling for an urgent ceasefire.

The Iranian foreign minister noted that all countries “including Iran, and Saudi Arabia” should help to end the war against the impoverished country.

“It is up to Yemen how it wants to do it. We can only facilitate [the process] as countries in the region,” Zarif said.

The high-ranking diplomat, who is visiting Pakistan at the head of a 22-member delegation, is scheduled to meet Prime Minister Nawaz Sharif on Thursday.

On March 25, the embattled president fled Aden, where he had sought to set up a rival power base, to Riyadh after Ansarullah revolutionaries advanced on Aden, where fighting continues.