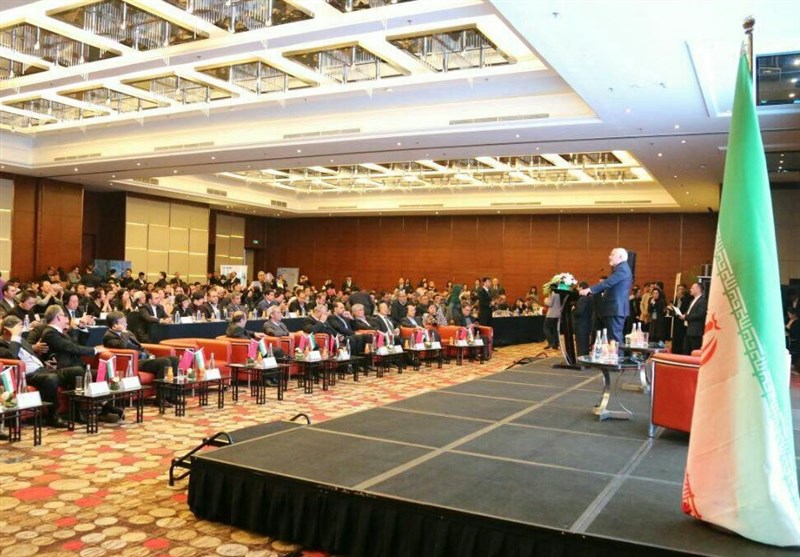 The top Iranian diplomat, who is in Japan on the final leg of an Asian tour, attended a meeting of Iranian and Japanese business people in Tokyo’s Hotel Okura on Wednesday.

Highlighting Iran’s scientific and technological progress, as in nanotechnology, and the rising rate of the country’s economic growth after removal of sanctions under a nuclear agreement with the Group 5+1 (Russia, China, the US, Britain, France and Germany), Zarif gave an assurance that Iran presents the safest opportunity for investment.

The minister also underscored the exemplary security in Iran within a region gripped by instability and terrorism.

Iran offers an independent market, is a reliable source of energy, and provides access to the reginal markets and a main corridor linking the Persian Gulf and the Sea of Oman to Central Asia and the Caucasus, Zarif added.

He called on the private sectors of Iran and Japan to get acquainted with each other’s capabilities, noting that strong collaboration between the two countries will serve peace and security in the Middle East and Southeast Asia.

In comments upon his arrival in Tokyo, the top Iranian diplomat stated that economic issues are high on the agenda of his trip.