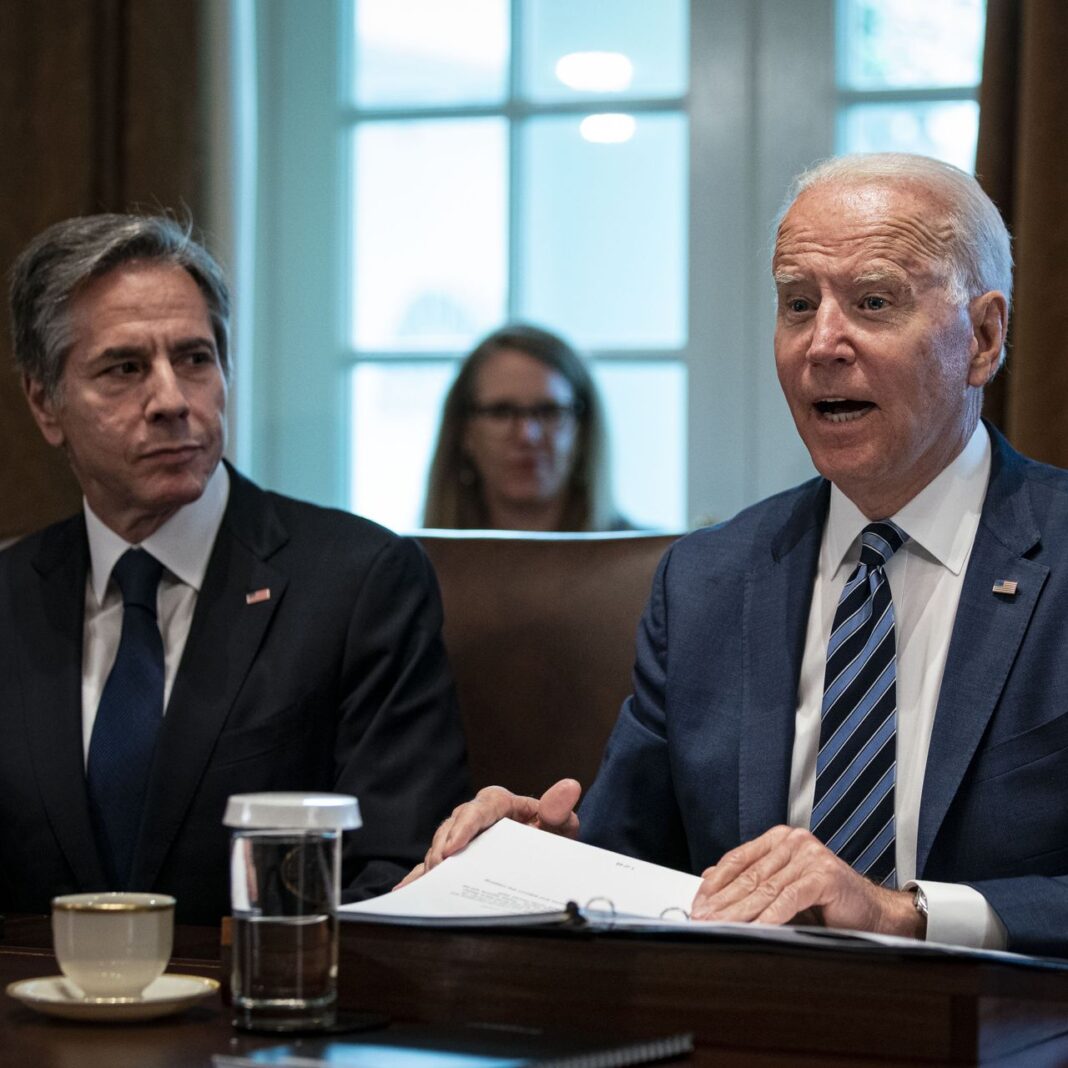 The Biden administration is moving to tighten enforcement of sanctions against Iran, according to senior US officials. It comes as Tehran and world powers have resumed nuclear negotiations in Austria’s Vienna in order to remove US anti-Iran sanctions and revive the landmark nuclear agreement.

According to senior State and Treasury Department officials, the US will send a top-level delegation, including the head of Treasury’s Office of Foreign Assets Control, Andrea Gacki, next week to the United Arab Emirates.

The UAE is a top US ally but also Iran’s second-largest trade partner and a conduit for Tehran’s trade and financial transactions with other countries.

The US officials will meet with petrochemicals companies and other private firms and banks in the UAE doing billions of dollars of trade with Iran. They will warn that Washington has “visibility on transactions that are not compliant with sanctions“, one of the senior officials stated, adding, ”Those banks and firms face extreme risk if this continues.”

The visit could be followed by sanctions against Emirati and other firms, the officials noted.

The US move comes as the prospects of restoring the 2015 nuclear deal appear increasingly gloomy. Negotiations to revive the agreement continue in Vienna on Thursday among Iran, Russia, China, Britain, France and Germany, although the US delegation will only travel to Vienna at the weekend. Iran refuses to negotiate directly with the US.

US officials say if there is no progress in the nuclear talks, the delegation to the UAE could be the first of several visits to other countries to tighten the economic pressure on Iran by squeezing its ability to evade the US sanctions imposed by the Donald Trump administration.

That could include efforts to tighten sanctions compliance by firms in Malaysia, Turkey and China, Iran’s leading trade partner.

Biden set restoring the nuclear deal as a top foreign policy goal, with US officials making clear they would dismantle many of the US sanctions reimposed on Iran when Trump took the US out of the deal in May 2018.

US officials have coordinated the delegation’s visit next week with the UAE government, which Washington has consulted closely with on Iran policy. The UAE is also in discussions with Tehran on regional tensions and the Emirates’ top security official was in Iran earlier this week for talks.

The decision to start ratcheting up enforcement pressure in the UAE partly reflects the role Emirati companies play in Iran trade and is partly aimed at averting a clash with China, Iran’s top trade partner and oil importer.

Western officials want to work with Beijing at the talks to press Iran to compromise and, for now, are using diplomatic efforts to persuade China to stem Iranian oil imports.

Iranian customs officials have said that during the calendar year that ended in March, the UAE was the second-biggest non-oil exporter to Iran, at $9.6 billion, and the third-largest non-oil importer of Iranian goods, purchasing goods worth $4.6 billion.

US officials say Emirati firms have played a major role as a conduit for financial transactions, oil sales and other commerce that Iran is conducting with other countries, including China.

The UAE is a major transshipment hub in the region.