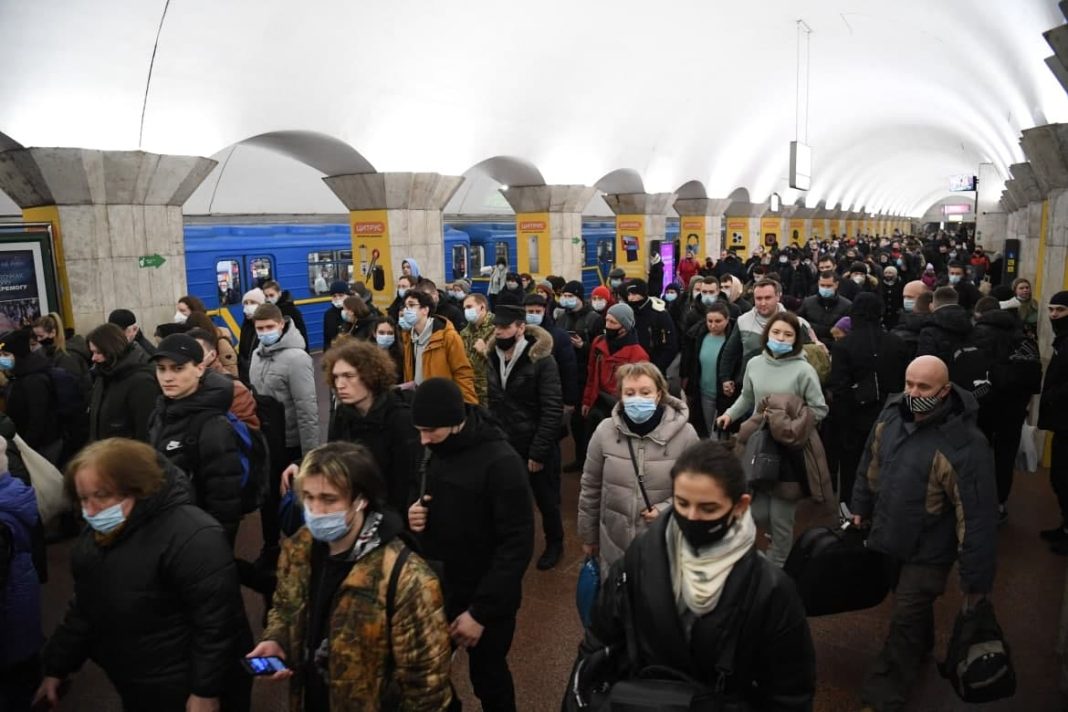 Leaders of several countries rushed to condemn a Russian invasion of Ukraine on Wednesday night, warning of heavy sanctions to come for the attack announced by Russian President Vladimir Putin.

President Joe Biden has condemned Russia for an “unprovoked and unjustified attack” on Ukraine while promising that his country and its allies “will hold Russia accountable”.

“President Putin has chosen a premeditated war that will bring a catastrophic loss of life and human suffering. Russia alone is responsible for the death and destruction this attack will bring, and the United States and its allies and partners will respond in a united and decisive way. The world will hold Russia accountable,” he stated.

“In the name of humanity, do not allow a war to start in Europe which could be worst war since the beginning of the century with consequences not only devastating for Ukraine, not only tragic for the Russian Federation but with an impact cannot even foresee,” he added.

Chancellor Olaf Scholz condemned Russia’s attack on Ukraine as a “blatant breach of international law” that “cannot be justified by anything”.

Prime Minister Boris Johnson said he was appalled by the horrific events in Ukraine and has spoken to Ukrainian President Volodymyr Zelenskyy to discuss the next steps.

“President Putin has chosen a path of bloodshed and destruction by launching this unprovoked attack on Ukraine,” Johnson tweeted.

“France strongly condemns the decision of Russia to start a war with Ukraine. Russia must immediately put an end to its military operations,” wrote Macron on his Twitter account.

The European Union will hold Russia “accountable” for its attack on Ukraine and is preparing fresh sanctions that will deal “massive and severe consequences” to Moscow, the bloc’s chiefs said on Thursday.

“In these dark hours, our thoughts are with Ukraine and the innocent women, men and children as they face this unprovoked attack and fear for their lives,” they continued, adding, “We will hold the Kremlin accountable.”

EU leaders are to hold a snap summit late Thursday.

In a joint statement, von der Leyen and Michel stressed the summit will “discuss the crisis and further restrictive measures” that “will impose massive and severe consequences on Russia for its actions”.

The European Union will slap the harshest package of sanctions ever implemented on Russia for attacking Ukraine, the bloc’s foreign policy chief has said.

“The European Union will respond in the strongest possible ways…(EU leaders) will adopt a stronger package, the harshest package of sanctions we have ever implemented,” Josep Borrell told reporters in Brussels.

Prime Minister Scott Morrison has promised “further waves of sanctions” against Russians including hundreds of members of parliament as he condemned Putin for the brutal and unprovoked invasion of Ukraine.

Morrison stated the Russian president had chosen war and Australia would “band together” with the international community to “ensure there is a cost for this violent, unacceptable and egregious behaviour”.

“We reject Russia’s military operation,” Erdogan said in a televised speech, calling it as a “heavy blow to regional peace and stability.”