Where has THAT money come from? 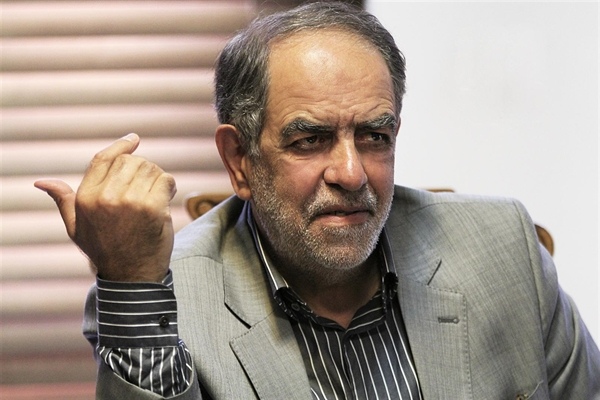 Ali Akbar Torkan has said the law should make it hard for people, office holders in particular, to use dirty money and get involved in illicit businesses.

President Rouhani’s chief advisor has said those who run for public office should declare the source of their campaign finances, urging legislators to make it mandatory for office holders to watch the money they use before and after coming to office.

Ali Akbar Torkan made the remark in a speech at a conference dubbed Missing Zeros on money and corruption in Iran over the past decades.

In his speech, he addressed the root causes of corruption and blamed it on adoption of laws which result in measures reeking of rent-seeking, and said rent-seeking and rent-seekers are the cause and effect of legal loopholes in the country.

“What I say in this conference is my own point of view, not those of a presidential advisor,” he said, reiterating that his views do not necessarily reflect those of the [eleventh] government’s.

Aftab-e Yazd daily on May 11 covered the advisor’s speech at the conference held in a Tehran University faculty. The following is the translation of excerpts from Torkan’s remarks:

The senior advisor said, “In the Western industrialized countries, office workers are not picked based on merit and virtue, but in Iran merit is the yardstick in selecting jobholders. We try to pick the best of all, but how come these best picks slip up at times?”

He further said the best individuals should be selected; even that does not guarantee everything will be done without a hitch. “Inherently, an individual has all forces within themselves, and no one is totally immune to the [temptations of] Satan”.

“Some say import of one item is illegal, unless it is given a permit. This has caused the pen an office worker uses [to grant such a permit] to be worth billions [of rials]. There are few who do not slip under such a circumstance.

“When rent-seeking is pursued in a place, we cannot blame rent-seekers. Normally, people are pursuing their own benefits. The ones who have helped create rent-seeking are at fault,” Torkan said.

Dirty money does not exclusively change hands in Iran, he said, adding, “Other countries have enforced laws and regulations to bring the flow of such money under control. In Germany and the UK, for instance, there are laws on dirty money which say money will be protected by law if it meets three conditions: 1) It is collected from legal transactions, 2) It is legally registered, and 3) The tax levied on the money has been paid. Money is viewed as dirty in these countries if it fails to meet these three conditions”.

The official went on to say that Iran’s money laundering legislation is partially enforced, adding the origin and destination of money should become known [to the public]. To that end, he said, the Western countries’ laws on dirty money can serve as a good model for Iran to follow.

“In Iran, some office holders are elected through popular vote. Those running for office have to spend money on the campaign trail. This has been the trend since the [Islamic] revolution. In the early years of the revolution, certain people would spend money simply to advance their beliefs, but it [campaign contribution] has now turned into a business [for some people],” he said.

“In industrialized nations, anybody – real and legal entities – who enters politics has to offer their balance sheet which lists their revenues and expenses. Any given party which enters a race for certain office should be accountable to the officials for the money it has spent on the elections. In case they fail to do so, they will face legal action. We need to learn from them,” he added.

One way to avoid mistakes is to introduce legally binding measures, Torkan said, adding, “All political players who stand for office have to declare their funding transparently. We call on lawmakers to make it mandatory for contenders – for the offices from the president on down – to report their campaign finances [to officials and the public].