When Trump Fights War against Press 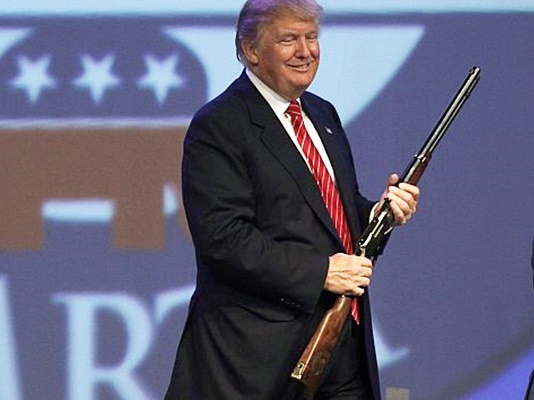 Several international journals have highlighted US President Donald Trump’s controversial decisions on the front pages of their recent issues.

Having been harshly criticized by the mainstream media during his electoral campaign, Trump continues to battle them in his Twitter page from the White House!

According to a report by IFP, Trump has never been the favourite candidate of the elite, particularly in the mainstream media. That said, many experts were sure that he would be defeated by Hillary Clinton who had the support of the American elite and celebrities.

They had forgotten about the recent trends in public opinion, though: Trump won the US presidential elections and started to struggle against the mainstream media, calling them “Fake News”.

The new US President also uses his Twitter to respond to media attacks. Every day a new Twitter message by Trump provokes controversy alongside his other actions. So there is no surprise that the majority of the Internet is today occupied by Tramp and his actions and counteractions.

Now take a look at some creative cover pictures of important international press on Trump, published in recent days:

“The Week” was one of the first journals to raise the subject of Trump’s Twitter war against the media. The cover of this magazine’s past week issue was headlined “The Twitter presidency: Trump’s war on the press, the EU, and NATO, and ethical norms.”

The cover picture shows a man, as the symbol of press, running away in the rain of the White House tweets.

As the controversy went on over Trump’s Twitter war, the next issue of “The Week”’ also ran his cover: We see Trump who rules the White House wearing the virtual glasses!

The latest issue of the English weekly “The Economist” also brought up the subject of Trump and his radical acts on its cover, which is headlined “An insurgent in the White House”, accompanied by a picture of Trump throwing Molotov cocktail: the new US President strives to disrupt the established order of American political apparatus.

Another notable cover picture was one of “Der Spiegel” German weekly, showing Trump beheading the Statue of Liberty, symbol of Democracy in the United States, in the way the ISIS terrorists do.

Finally, a Polish media has won lots of attention by headlining the struggle of Trump with Iran. Talking about Iranian officials’ response to the US threats by insisting on this country’s defence power, this website wrote “Iran rubbed Trump’s nose in the dirt!”