Were high winds really to blame for the deadly crane accident in Mecca? 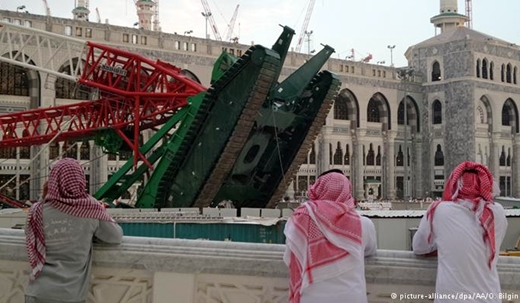 Studies suggest that there were no storms at the time of the Mecca accident and that worshippers walking around in the courtyard of the Grand Mosque without any difficulty. 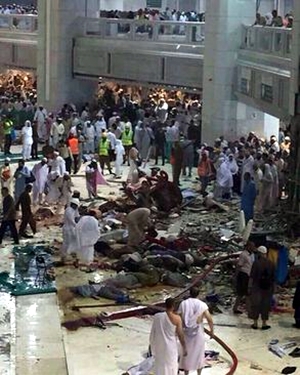 A construction crane tumbled at the Grand Mosque in Mecca at 5:10 p.m. on September 11, leaving more than 300 people dead or injured.

The following is the translation of a report Haft-e Sobh daily published on Tuesday, casting doubt on Saudi accounts on the cause of the deadly accident:

Saudi media were quick to blame the accident on the elements. Al-Arabiya claimed that winds traveling at 65 kph were blowing at the time of the crane collapse. CNN Arabic went one step further and said that the wind gusts of 95 kph, unprecedented in the Middle East for 37 years, were blowing Friday afternoon.

Dr. Mansour al-Mazroui, an expert with the weather center of King Abdulaziz University, said winds at the time traveled at between 40 and 55 kph and blamed the accident on freak weather.

Was storm really to blame for the deadly accident? Studies suggest that there were no storms at the time of the accident and that worshippers were walking around in the courtyard of the Grand Mosque without any difficulty.

A look at Mecca weather report on September 11 shows that wind speeds on that day never went beyond 22 kph. The reports released by weather.org and worldweatheronline.com prove Arab media suggestions wrong.

What is interesting is that weather news sites have suggested that winds were blowing in a northwesterly course in Mecca at the time; whereas the crane fell toward the southwest. 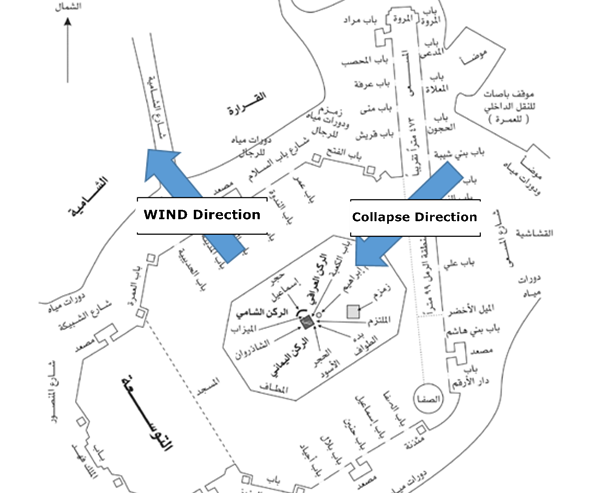 Another issue is that the crane tumbled where there was the highest concentration of worshippers. And a look at the tumbled crane shows that its base had been detached from its body. 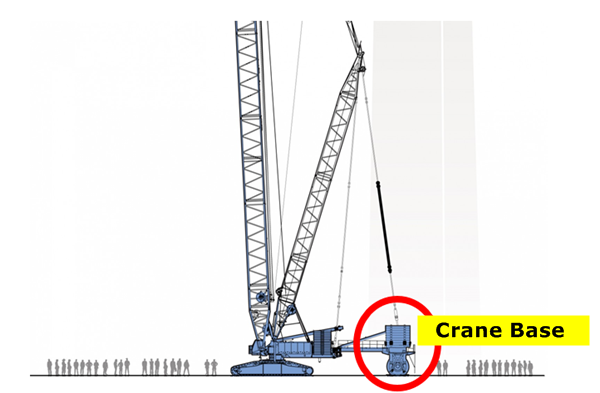 With weather no longer a suspect, and given that the crane structure seems to have been tampered with, one needs to wait and see what the real cause of the accident has been. An accident which came on the anniversary of 9/11 and at the busiest location of the Grand Mosque.