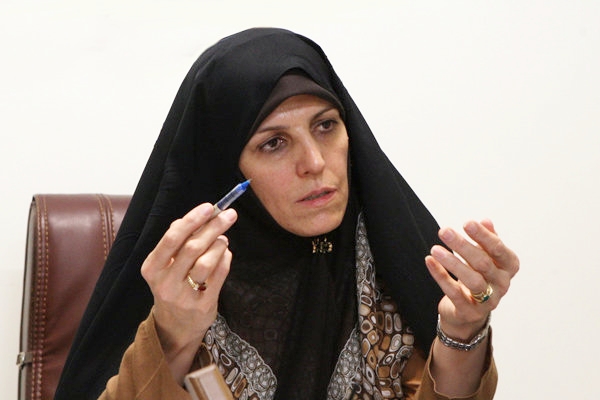 Women have acted successfully in different fields to help realize the goal of economic development, the vice president for women and family affairs Shahindokht Molaverdi said on Tuesday.

During a meeting with female economic entrepreneurs in the city of Karaj, Alborz Province, Molaverdi highlighted female potential as a means to speed up the economic development of the country.

Creating opportunities for boosting the economic contribution of women is essential, she noted.

Since women make up half the country’s population, their potential should be channelled toward the prosperity and welfare of the nation, Molaverdi added.

She hoped that women’s empowerment would be considered more seriously in national development plans.

In order to take on further economic activities, Molaverdi called for preparatory work to be accomplished to empower women.