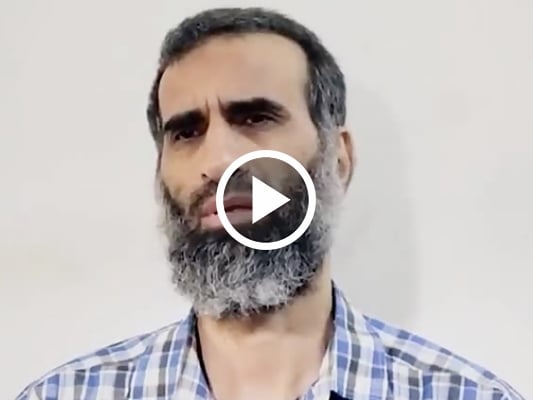 The Tahrir al-Sham terrorist group has recently released a video of the Iranian captive colonel Abolhassan Bayati, who was assumed to be martyred in Syria.

Colonel Bayati was one of the Iranian advisors in Syria who disappeared in June 2016 in the battles of southern Aleppo and was thought to have been martyred.

However, the release of this video by Tahrir al-Sham, which is a branch of the al-Qaeda-affiliated terrorist group al-Nusra Front, fortunately showed that the Iranian officer is still alive.

Bayati, in this video, introduces himself and describes the difficult conditions he has gone through. He also calls on officials including IRGC Qud Force Commander General Qassem Soleimani to do their best for his release.

By publishing this video, Tahrir al-Sham seems to have been asking for the exchange of Bayati with the terrorist group’s captives.