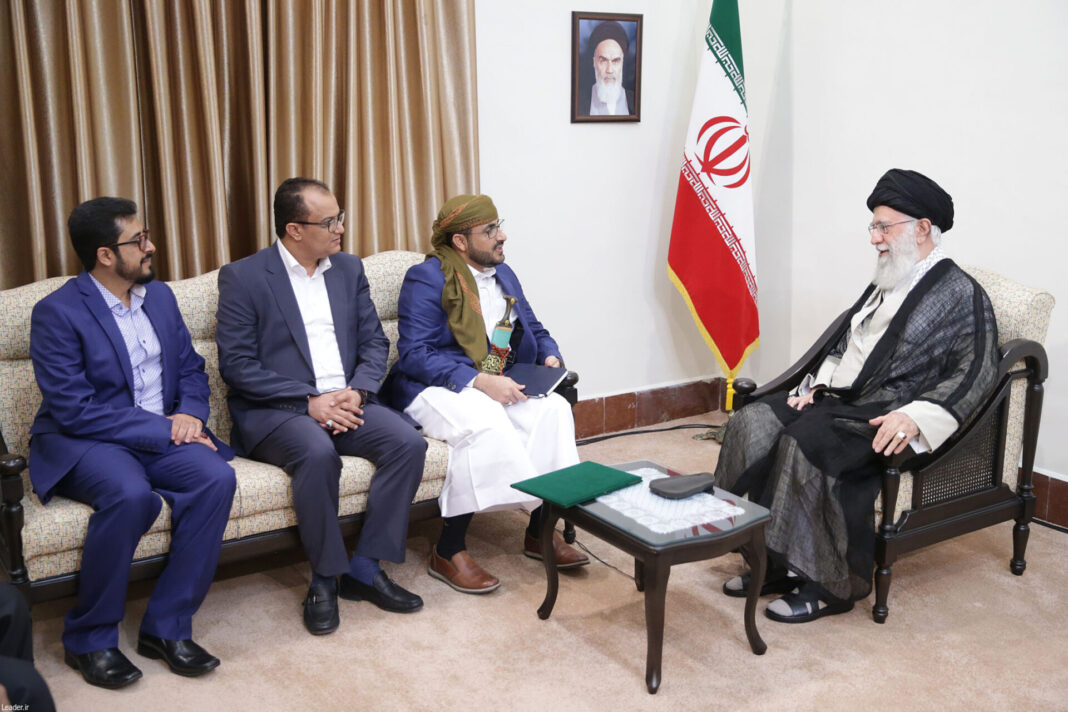 Leader of Iran's Islamic Revolution Ayatollah Seyyed Ali Khamenei assured the Yemeni nation that its resolute defense against the cruel foreign aggression will result in an ultimate victory, and reminded Saudi Arabia and the United Arab Emirates that their ploys will get nowhere.

A delegation representing Yemen’s Ansarullah Movement met with Ayatollah Khamenei in Tehran on Tuesday evening and submitted a letter from leader of the movement, Abdul-Malik Badreddin al-Houthi.

In the meeting, Ayatollah Khamenei praised the Yemeni nation’s resistance, vigilance and high morale in the face of a barbaric and broad aggression, stressing that faith in God Almighty will definitely result in victory, which is why the Yemeni nation will undoubtedly emerge victorious in the war.

The Leader also hailed Yemen’s rich history and strong resistance to aggression over the past five years, saying the Yemeni nation has a bright future, will form a strong government, and will achieve progress under that government.

The Saudis, Emiratis, and their sponsors who have committed terrible crimes in Yemen will definitely get nowhere, Ayatollah Khamenei underlined, saying, “They (Saudi-led coalition) seek to disintegrate Yemen, while such plot must be vigorously opposed; and an integrated and united Yemen with territorial integrity must be supported.”

The Leader further took a swipe at the Saudi-led coalition for its heinous crimes against Yemeni people, even on the Muslim festive occasion of Eid Al-Adha, saying what happens in Yemen is reflective of the modern world’s realities and the true face of the self-proclaimed advocates of human rights.

Ayatollah Khamenei then reiterated that the Islamic Republic of Iran’s stances against the US and the West are not based on fanaticism, but are adopted on the basis of the facts and the performance of the US and Western officials who commit the most heinous crimes under a civil guise.

Denouncing the West’s muted response to the crimes against Yemen and Palestine, the Leader underscored that resistance and faith in God is the sole way to counter the criminal powers.

Ayatollah Khamenei also pointed to the sanctions and pressures that Iran has been facing since the victory of the Islamic Revolution, particularly the sanctions on the defense equipment during eight years of Iraqi imposed war in the 1980s, stressing that the Iranian nation has gained major achievements in the defense industry despite forty years of sanctions.

The Leader finally expressed support for the Yemeni nation’s resistance and fortitude.