US Ultimate Loser of Any War with Iran: IRGC General 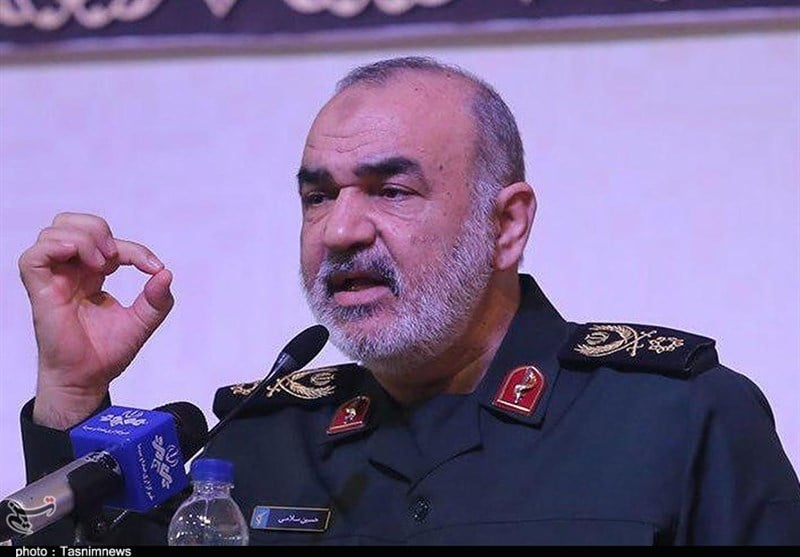 Islamic Revolution Guards Corps (IRGC) Lieutenant Commander Brigadier General Hossein Salami rejected the possibility of any military conflict between the Islamic Republic and the US and said Washington is aware that it will lose in any war against Tehran.

“The option of war against the Islamic Republic of Iran is canceled because the US has neither political conditions for a war nor an ally that would side with it,” Brigadier General Salami said in a speech in the northern province of Semnan.

Therefore it (Washington) is aware that it will be the loser of any war that wages against Iran, which will lead to the further development of the Islamic Republic’s regional clout, he noted.

The commander further emphasized that Iran is closely monitoring the military behavior of the US, adding that the American military is not capable of “entering into a battle” against the country, and, on the other hand, the American economy cannot support such a war.

Brigadier General Salami also pointed to the IRGC’s recent missile attack against terrorists in the Iraqi Kurdistan Region and said the operation demonstrated that if the enemies seek to harm Iran, the country will give a “firm, destructive, and crushing” response that will make them regret it.

On September 8, the IRGC launched a missile attack on a center in the Iraqi Kurdistan Region that was used for training anti-Iran elements and hosted a meeting of terrorist leaders.

The terrorists had a role in the killing of Iranian soldiers at a border post in the western city of Marivan.

Back in February, Ayatollah Khamenei called for efforts to maintain and boost Iran’s defense capabilities, hitting back at the enemies for disputing the country’s missile program.

“Without a moment of hesitation, the country must move to acquire whatever is necessary for defense, even if the whole world is opposed to it,” Ayatollah Khamenei said on February 18.