US Seeking Own Interests in Qatar Crisis: Analyst 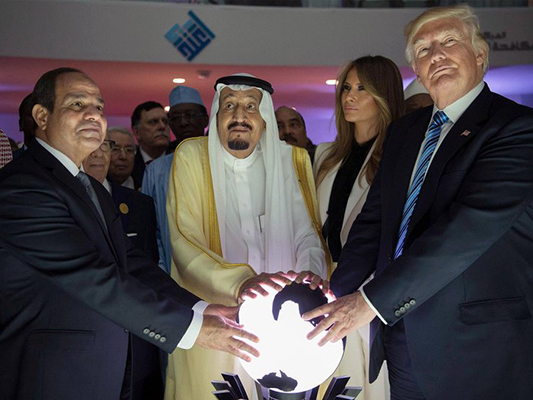 A political commentator says the US is capitalizing on the ongoing crisis in Qatar’s ties with Persian Gulf Arab states to secure its own interests.

The following is the full text of his Farsi piece published in the Tasnim News Ageny:

US Secretary of State Rex Tillerson, who had been on a four-day tour of the Middle East in a bid to help settle the crisis between Qatar and Saudi Arabia and its allies, returned to his country empty-handed without having proposed any plans or having secured any special accomplishments.

First, Tillerson met with the Qatari emir in Doha in a Kuwait-brokered meeting before sitting down with top Saudi officials, including the country’s king and heir to the throne, to help resolve the crisis. Later, the US secretary of state held a six-way meeting in Jeddah.

Following intense consultations, Tillerson once again returned to Doha and, for the second time during his regional trip, met with Qatari Emir Sheikh Tamim bin Hamad Al Thani. Afterwards, Tillerson left Doha for Washington without making any comments about the outcome of the talks.

US Lacks Initiative to Settle Crisis

It was clear from the very beginning that the Americans have nothing new up their sleeves to resolve the crisis. During Tillerson’s recent trip, the US did not offer any extraordinary initiatives or plans that would guarantee the settlement of the crisis. Except for a memorandum of understanding signed by Qatar and the US in Doha on fighting terrorism, no plans were put forward by the US secretary of state to resolve the crisis. Although the crisis abated a little for a few days during his trip, the crisis and it roots are here to stay. The countries which have boycotted Qatar insist that Doha meet their demands while Qatar has rejected their demands. Qatar is insisting on its position and there are no signs that Doha is backing off from its stance in the face of the four Arab states.

The signing of an agreement by the US and Qatar last Wednesday on tackling funding terrorism could hardly please the countries which have boycotted Qatar. The opponents of Qatar believe this agreement will not ease concerns regarding Doha’s activities and that Doha must fulfil all their demands.

What is noteworthy is that the US secretary of state puts emphasis on Kuwait’s intermediary role in resolving the crisis, which shows the agenda of the US side was not the settlement of the crisis.

Many analysts are sceptical about Washington’s efforts to resolve the crisis between Qatar and Saudi Arabia and its allies, saying US officials are not that willing to see the crisis settled soon because the perpetuation of the crisis would benefit Washington. The Kuwaiti al-Watan daily also, in an analytical piece, touched upon this issue. It wrote that the US seeks to cash in on the crisis to secure its own interests, namely conclude more arms sales deals and other agreements to boost its economy.

Saudi Arabia Duped by US

It was the US that, for the first time, brought up the issue of Qatar’s financial backing for terrorism at the Riyadh meeting. After that, Saudi Arabia and its allies, which believed the White House would lend its unflinching support to them against Qatar, were trapped by the US, and ratified a 10-day ultimatum against Qatar with 13 provisions. Now with the ultimatum having expired, we see that these countries, which even threatened to take military action against Qatar, did not take any considerable action to make Doha back down from its position. Even Doha got the upper hand and set conditions of its own and announced it would meet those countries’ demands only if they, too, fulfil Doha’s demands on regional issues.

It seems Saudi Arabia and its allies have realized that they’ve been had because Washington first signed a $110-billion arms sales deal with Saudi Arabia and, in return, ostensibly condemned Qatar’s move, and at the same time signed a $12-billion military agreement with Doha. Moreover, in the recent trip, the US concluded a deal on fighting terrorism with Doha in what is believed to be a move to please Saudi Arabia and its allies. In fact, the US adopted a dual policy in this crisis. On the one hand, Washington supported Saudi Arabia and its allies, and on the other, dropped their backing for Riyadh by ostensibly criticizing Qatar’s performance in the region and at the same time concluding new agreements with Doha. That is why Saudi Arabia failed to implement its policies vis-à-vis Qatar. What is interesting is that the US secretary of state, during his trip to Doha, described Qatar’s stance as “logical.” This came as the US official had travelled to the region as a disinterested mediator to help settle the crisis and was expected to remain neutral, or at least not to adopt an approach that would annoy one of the parties. Saudi Arabia and its allies believe the US has mostly sided with Qatar in the current crisis rather than backing them.

There are no signs that the crisis between Qatar and Saudi Arabia and its allies will be settled in the foreseeable future. The United Arab Emirates’ (UAE) State Minister for Foreign Affairs Anwar Gargash has underlined that the crisis is expected to flare up in the near future. On the other hand, Kuwait’s mediation efforts have been futile so far. Of course, Oman has recently assumed an intermediary role as well, but it is not clear where these mediation attempts will lead to. What is clear is that the Americans have not acted as seriously as they should, and rather than taking a new initiative to settle the crisis, seek to conclude more military agreements with parties to the conflict and secure its own economic interests. Even Washington’s silence in the face of Turkey’s military presence in Qatar has fuelled the concerns of Saudi Arabia and its allies.