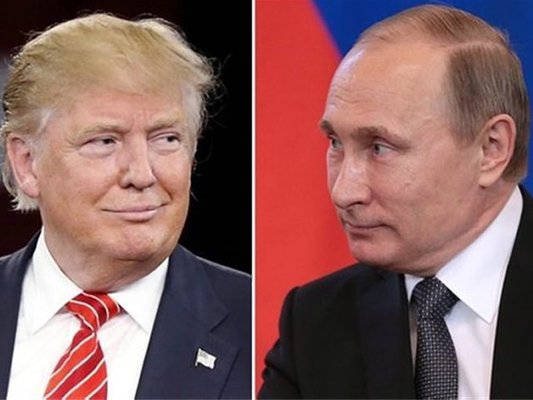 A political analyst says even the election of Donald Trump as the US president cannot bring about reconciliation between Washington and Moscow.

In an interview with the Etemad daily newspaper, Amir Abolfat’h, a senior political expert, said Trump is withdrawing from its positions on Russia, and that the White House believes Russian President Vladimir Putin seeks to revive the Soviet empire.

Trump’s triumph and the Republicans coming to power have not led to any changes in the political structures of the United States and the international system. The issue of US-Russia relations is not a revolutionary and electoral issue. So, we cannot assume that one of the American parties favours the amelioration of ties with Russia and the other party is against it. There exists a major influential current in the US which, regardless of partisan and electoral issues, is strongly opposed to Russia, and includes many Republicans as well as Democrats.

Anti-Russian currents are so powerful that they do not allow any shift in policy on the kind of US-Russia relations for now, unless the Kremlin revisits its regional and international policies, something that Moscow is unlikely to do.

The anti-Russia current within the US ruling elite has not settled for Trump’s verbal retreat from his earlier position, and seeks to paint an anti-Russian picture of him. Republicans and Democrats agree on one thing, and that is although they do not believe in impeaching Trump and removing him from power, they would like him to return to the same policy that former US administrations had adopted on Moscow, and that is the “containment of Russia.”

There is a wide gap between Trump’s words and deeds before and after his election victory regarding different issues, including Russia. Moreover, Europeans have enough influence in the US to be able to mobilise powerful currents against the Trump administration on the Russia issue.

Although the White House and Capitol Hill do not see eye to eye on issues pertaining to Russia, their differences of opinion are not so much and will not lead to the impeachment of somebody who is from their own party. When it comes to fighting terrorism, there is always an opportunity for cooperation even between countries which are divided on the kind of campaign which should be launched against terror. This chance could exist for Russia or Iran or any other country. From the American ruling elite’s standpoint, Putin is reviving Russia’s power and influence and rebuilding the Soviet empire without reliance on ideological concepts.

Americans begin to engage with a country only when they are confident that they are the ones who call the shots in the process. However, Russians have the upper hand in Syria both in the political arena and in the field, and they have secured numerous achievements in Syria on the back of Iran’s support. It is unlikely that they will submit to the US and follow Washington when it comes to establishing peace and fighting terror.

Currently, a serious economic and cyber war is going on between Russia and the US. Now the US is on the horns of a dilemma in Ukraine. Washington can neither ratchet up the sanctions, nor scrap them. Moscow has adopted the policy of patience at the moment, but it does not mean the Kremlin will continue to exercise restraint to the end. Maybe after the temporary calm created due to Moscow’s policy, Russia will see their hopes have been dashed and the anti-Russian current has managed to wreck all existing opportunities. Then we would see a kind of confrontation with the White House by the Kremlin. 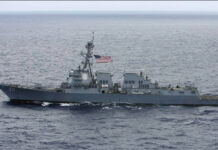