US Elections Winner Unimportant to Iran; It’s US Policy That Matters: Rouhani 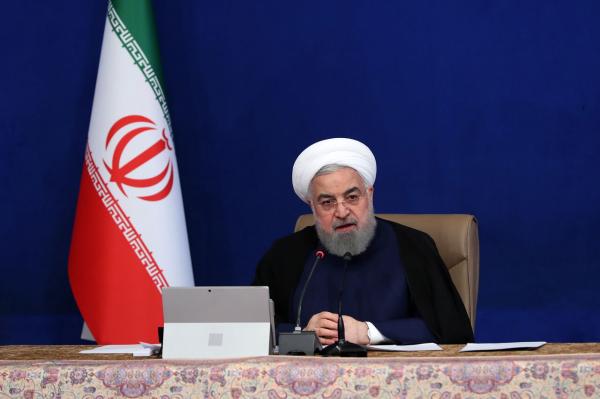 The Iranian president says who takes the reins at the White House as the next US president is unimportant to Iran, but what matters is the policy he adopts.

Speaking in a weekly cabinet session on Wednesday, President Hassan Rouhani asked the United States to honour its international obligations and return to the law.

“What is important to us is the approach adopted by the next US administration. We want the United States to return to the law. This is what matters to us,” said the president.

“The US should return to all international and multilateral agreements,” he added.

President Rouhani underlined the next US president, whoever he might be, should stop sanctions and threats against Iran and respect Iranians instead.

“What is important to us is that the United States respect the Iranian nation. We want sanctions to be replaced by respect, no matter who wins the election,” he said.

“If the next US president lifts illegal and unfair sanctions and, instead, respects Iran, then the situation will be different,” he noted.

“If the new US president gives up threats and chooses to respect the Iranian nation, if threats are replaced by respect, then the situation will be different,” said the president.

“If there is compliance with obligations and laws rather than violation of commitments, agreements and laws, then the situation will be different. What matters to us is principles, approach and policy. The person or the party is not important to us,” President Rouhani noted.

Elsewhere in his remarks, the president touched upon the situation in the region and the security of Iran’s northwestern borders.

“The security of borders and that terrorists and terror groups must not be present near Iran’s borders is important to the Islamic Republic of Iran,” he said.