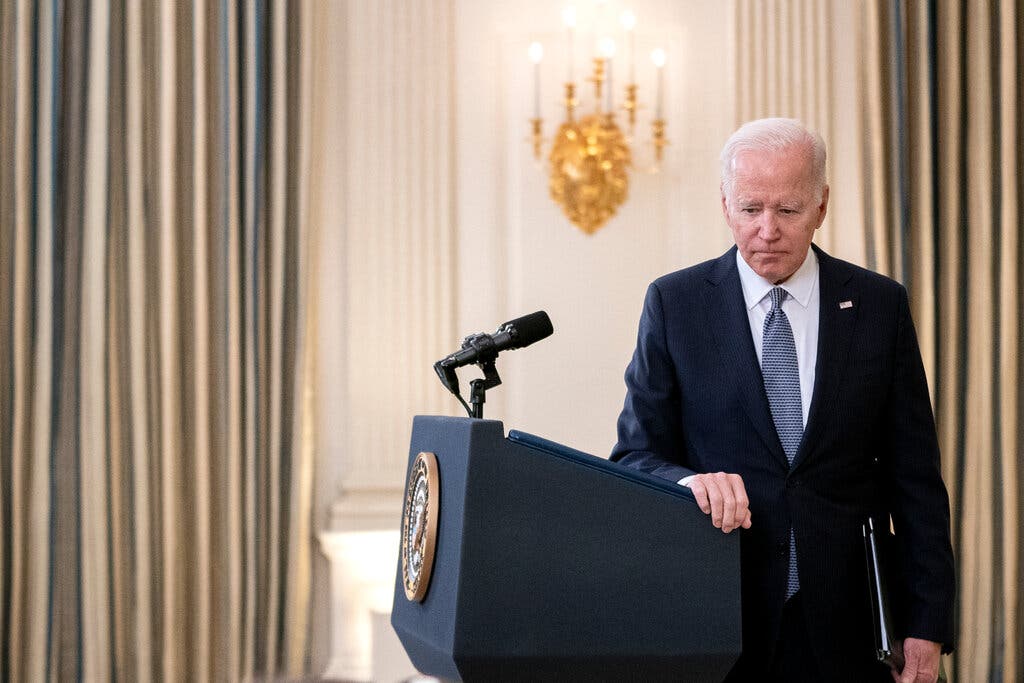 Tens of the US House Democrats have warned about "imminent mass starvation" in Afghanistan, calling on US President Joe Biden to open up access to the impoverished country’s economic reserves.

In their letter to Biden, the 46 Democrats, led by progressive Reps. Pramila Jayapal (Wash.), Sara Jacobs (Calif.) and Jesús Garcia (Ill.), stressed that while they supported the decision to withdraw from Afghanistan, they also agreed with international calls for the US to avoid imposing economic measures that would contribute to Afghanistan’s collapsing economy.

“This means conscientiously but urgently modifying current US policy regarding the freeze of Afghanistan’s foreign reserves and ongoing sanctions,” they wrote.

They also asked Biden to provide “more explicit reassurances” to overseas organizations that operating in Afghanistan will not risk violating US sanctions against Taliban members.

International organizations such as the United Nations have warned that Afghanistan is facing widespread famine this winter, with 97 percent of people in Afghanistan projected to be living in poverty if interventions aren’t made.

The US also froze nearly $10 billion in Afghan government funds being held in American banks.

“We deplore the new Taliban government’s grave human rights abuses, crackdowns on civil society and repression of women and LGBTQ people,” they wrote.

“However, pragmatic US engagement with the de facto authorities is nevertheless key to averting unprecedented harm to tens of millions of women, children and innocent civilians,” they added.

They warned that continuing to enforce harsh sanctions on Afghanistan would risk “humanitarian devastation” and result in the Taliban refusing to engage with the US.

A spokesperson for the National Security Council told The Hill in a statement that the administration was looking for ways to support the needs of the Afghan people.

“The United States is a longstanding supporter to the Afghan people, including as the largest single provider of humanitarian assistance and continue to look at additional ways to support the needs of the Afghan people,” the spokesman said, adding, “We are engaged intensively and urgently on this issue, have rolled out a variety of policy measures to respond in support of the Afghan people and are in the process of rolling out additional measures.”

Addressing the matter of economic reserves, a senior administration official stated it was a “complicated issue” that the White House is “reviewing intensely.”

The official pointed out that the US has announced over $200 million in humanitarian assistance for the Afghan people since mid-August.

As the New York Times noted, there are multiple lawsuits seeking a portion of the frozen Afghan funds, such as one suit filed in the Northern District of Texas by State Department contractors seeking a $138 default judgment against numerous defendants including the Taliban.

The White House also called on Afghanistan’s neighbors and other countries close to the region like China and Russia to provide meaningful support.

This call comes just days after a bipartisan coalition of House lawmakers similarly asked Secretary of State Antony Blinken and Treasury Secretary Janet Yellen to provide aid funds to the Afghan people. They recommended that Biden release frozen Afghan funds to a UN agency in order to pay for teachers’ salaries and meals for children.

Lawmakers announced the Biden administration should also permit international financial institutions to “inject the necessary economic capital” into Afghanistan in order to prevent an economic downfall. Failure to prevent a worsening economic and food crisis could lead to further instability in the region, they warned.

“No one benefits from a failed state in Afghanistan,” they said, adding that the US has a responsibility to help Afghans survive this winter and “preserve what can be salvaged of the progress made during the last 20 years.”