“US Can Never Stop Other Countries from Buying Iran’s Oil” 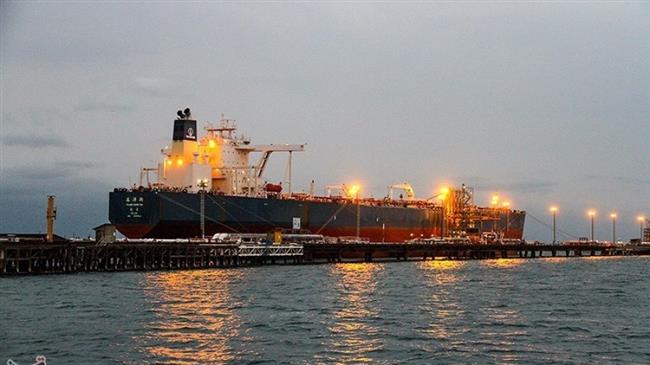 An Iranian oil official says removing Iran’s crude oil from the market is impossible after the US said it expected oil buyers to completely cut off purchases of Iranian supplies in early November.

The State Department confirmed Tuesday that it was taking a hard line on sanctions enforcement, telling Iran’s oil buyers they should not expect any waivers to US sanctions that snap back in November.

“This big claim is not feasible because last month Iran shipped 2.8 million barrels of crude oil and gas condensate daily; this figure now stands at around 2.5 million barrels and eliminating it easily and in a period of a few months is impossible,” the official at Iran’s Ministry of Petroleum told Tasnim news agency Wednesday.

The US announcement on Tuesday caused crude prices to surge by more than 3 percent to around $77 on Tuesday amid concerns about a shortage of oil at a time of supply disruptions from Canada, Libya and Venezuela.

“We will certainly be requesting that their [Iranian] oil imports go to zero, without question,” a senior State Department official told reporters during a background briefing.

Bob McNally, president of Rapidan Energy Group and former energy adviser to President George W. Bush, said, “If the US succeeds at zeroing out Iran’s exports, it will have a big price problem at the pump around election time that Saudi Arabia cannot fix.”

The State Department briefing came shortly after reports that Saudi Arabia plans to pump 10.8 million barrels per day (bpd) in July, which would exceed its current record high monthly output of 10.66 million bpd set in August 2016.

Elizabeth Rosenberg, a former senior sanctions adviser at the Treasury Department, told Platts that the US will face an “extraordinarily difficult” task in cutting off all Iran oil trades, “particularly if the US administration is still only in the process of conveying this message to Iran’s oil purchasers.”

Japan and South Korea said Wednesday they are in talks with the US government to get waivers similar to what they received during the previous round of sanctions that allowed them to buy oil from Iran.

The two countries are two of Iran’s major oil customers along with China and India.

“Japan and the US are in talks now on re-application of US sanctions against Iran, and I decline to reveal the details of the discussions,” Japan’s Chief Cabinet Secretary Yoshihide Suga told a news conference in Tokyo.

“We are watching carefully the impact that the US measure would cause, and we would like to negotiate with countries involved including the United States so as not to have an adverse impact on Japanese firms,” he added.

In South Korea, Reuters quoted an Energy Ministry official as saying that the government would keep negotiating with the US in order to get an exemption from the sanctions.

“We are in the same position as Japan. We are in talks with the United States and will keep negotiating to get an exemption,” said the official.