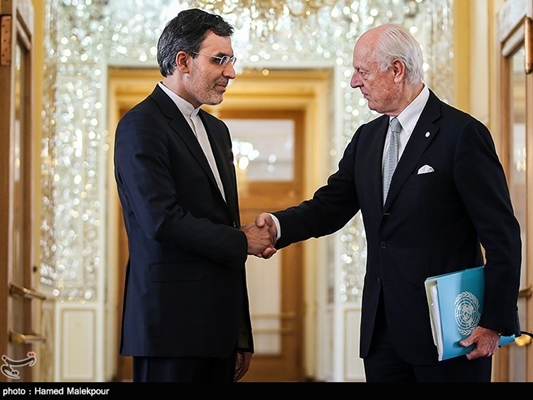 Speaking in a meeting with Iranian Deputy Foreign Minister for Arab and African Affairs Hossein Jaberi Ansari in Geneva on Friday, de Mistura described the Islamic Republic as an important and influential country in the region that can play a major role in resolving the five-year-old conflict in Syria.

He further said the UN has a clear stance on terror organizations and regards Daesh (ISIS or ISIL), al-Nusra and other al-Qaeda-linked organizations as terrorist groups.

The Iranian deputy foreign minister, for his part, highlighted the humanitarian, security and political aspects of the Syrian crisis and said the humanitarian aspect of the crisis is the most urgent issue which needs to be addressed.