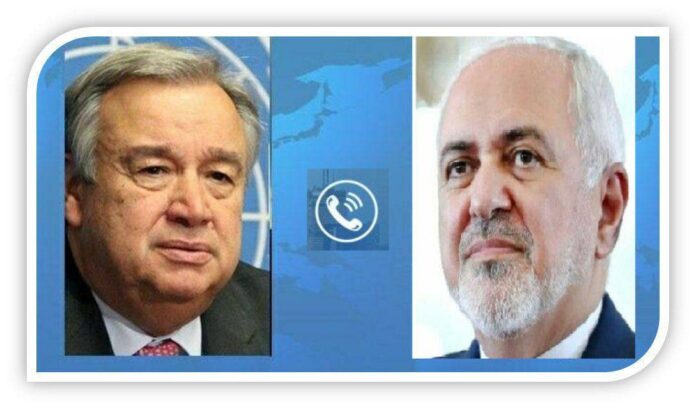 During the phone call, Guterres elaborated on the UN’s latest measures to end the Yemen war, establish fair peace, and initiate political talks in the Arab country.

He also called on the Islamic Republic of Iran to continue its strenuous efforts to help establish peace in Yemen.

Foreign Minister Zarif, in turn, expressed Tehran’s support for the UN’s efforts to establish fair peace in Yemen, and underlined the necessity of ending the war, lifting the blockade, and delivering humanitarian aid to the Yemeni people.

The Iranian foreign minister also expressed hope that peace and stability will be restored in the Arab country through intra-Yemeni talks and formation of an inclusive government.