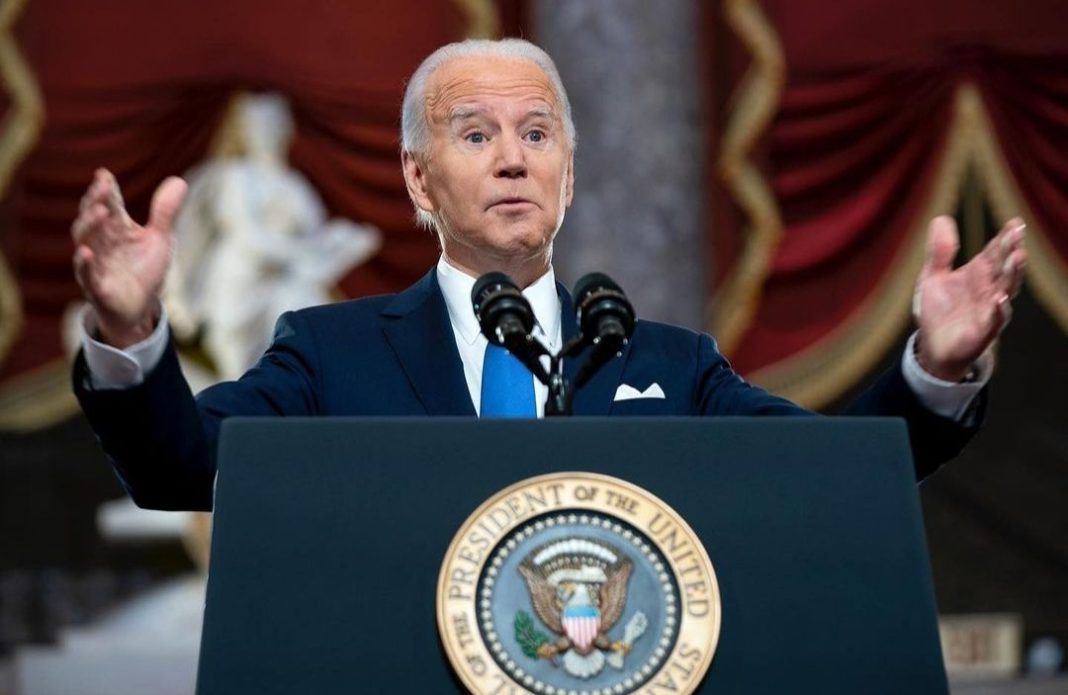 U.S. President Joe Biden has announced Washington would sanction Russian sovereign debt and Russian elites as well as their family members in response to Moscow’s deployment of troops to regions in eastern Ukraine.

The announcement came a day after Russian President Vladimir Putin recognized the so-called Donetsk and Luhansk People’s Republics as independent and thereafter ordered Russian troops into the Donbas region.

On Tuesday, Russian lawmakers greenlit a request by Putin to use military force outside of Russia.

“He is setting up a rationale to take more territory by force, in my view,” Biden said of Putin in remarks from the East Room.

“This is the beginning of a Russian invasion of Ukraine,” he added.

The president made clear that the sanctions were an initial response to Russian aggression and warned his administration would impose further sanctions if Moscow engaged in a broader invasion of Ukraine.

“If Russia goes further with this invasion, we stand prepared to go further as with sanctions,” Biden continued.

Biden stated that the sanctions on Russian sovereign debt would cut off the Russian government from Western financing.

He did not immediately detail which elites would face sanctions.

The Biden administration earlier this year identified several individuals linked to the Kremlin who could face sanctions in the event of an invasion of Ukraine, according to a senior administration official.

The White House, which earlier this week initially did not call the Russian troop deployments to the region an invasion, announced limited sanctions on Donetsk and Luhansk on Monday afternoon that blocked U.S. investment, financing and trade with the two areas.

Biden said NATO reinforcements would continue to operate only in a defensive capacity, but that this should not be taken to mean that the alliance will not respond in kind to Putin’s military maneuvers.

“Today, in response to Russia’s admission that it will not withdraw its forces from Belarus, I have authorized additional movements of U.S. forces and equipment already stationed in Europe to strengthen our Baltic Allies, Estonia, Latvia, and Lithuania,” he added.

“As Russia contemplates its next move, we have our next move prepared as well,” Biden stated.

Even with the new announcement of sanctions, Biden seemed to acknowledge the penalties would be insufficient in stopping Putin from launching a wide-scale attack against Ukraine.

“We still believe that Russia is poised to go much further in launching a massive military attack against Ukraine,” Biden said.

“I hope we’re wrong about that,” he added.

The move came after the United Kingdom slapped sanctions on Russian banks and high net worth individuals while Germany, another of Kyiv’s Western allies, halted the approval process for the Nord Stream 2 gas pipeline project.

Chancellor Olaf Scholz has said Germany and the European Union are in a position to decide on further sanctions against Russia if it invades Ukraine, which cannot be ruled out.

European Commission President Ursula von der Leyen added the European Union is ready to take further action against Russia if Moscow keeps on ramping up its military activity in Ukraine.