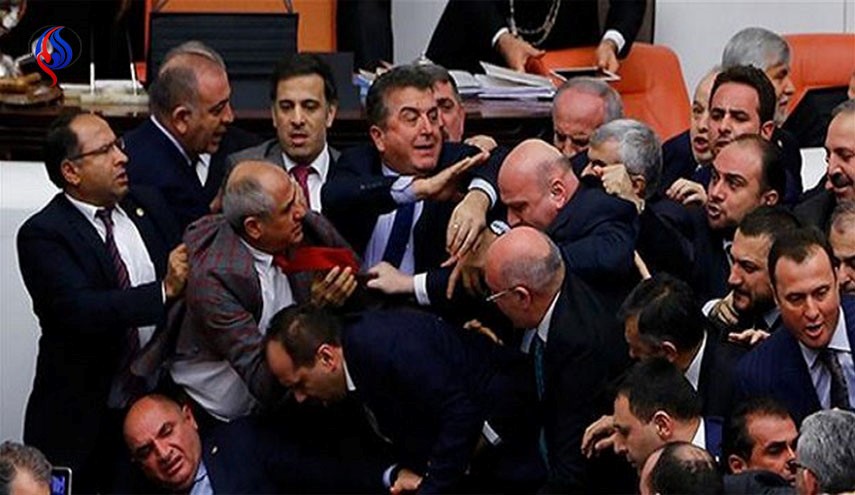 A microphone in the Turkish Parliament has gone missing after an angry fight broke out among members of Parliament during debates on constitutional amendments on January 11.

The microphone, worth 15,000 euros, was reported missing from the podium desk that was damaged inside the hall during the fight that erupted while deputies were discussing draft articles introduced for the amendment of the charter.

The desk, which weighs 250 kilograms, was recovered during maintenance work after the fight and reassembled in its place inside the General Assembly on Jan. 12. However, maintenance teams had to put an older microphone on the podium desk as a replacement for the missing microphone.

The missing microphone, which was one of the two microphones on the speech podium desk, is believed to have been used by a brawling deputy as a weapon to hit rival MPs during the brawl, Hurriyet Daily reported.

During the fisticuff, deputies from both the ruling Justice and Development Party (AKP) and the main opposition Republican People’s Party (CHP) were injured and the General Assembly furniture was damaged.