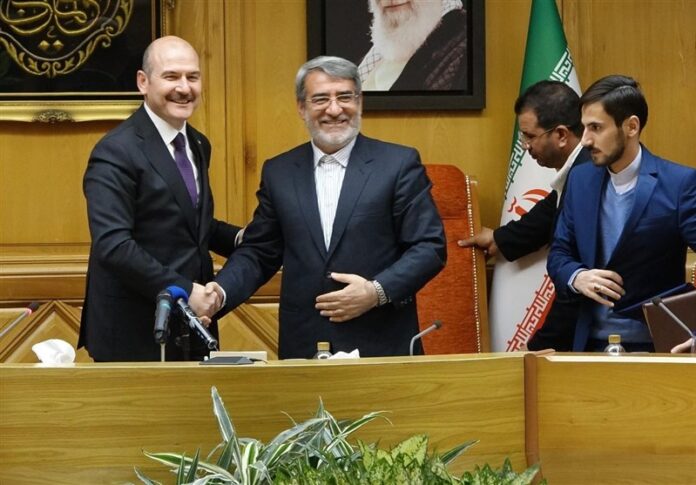 Turkish Interior Minister Suleyman Soylu said enhanced cooperation between Tehran and Ankara on security issues is “vital” and can help bring lasting security to the region.

“To create peace and prosperity as well as lasting security in the region, it is essential that the two major building blocks of a large civilization – Iran and Turkey – come together, especially in security matters,” Soylu said on Sunday after a meeting with his Iranian counterpart Abdolreza Rahmani Fazli in Tehran.

The two officials discussed issues such as terrorism, immigration, border issues, drugs trafficking and organized crime, according to Soylu.

An advanced relationship in trade, politics, economy, and security between the two countries could set an example for the entire region and create infrastructure for regional peace, he added.

Soylu arrived in Tehran on Saturday for talks with Iranian officials on bilateral and regional issues.