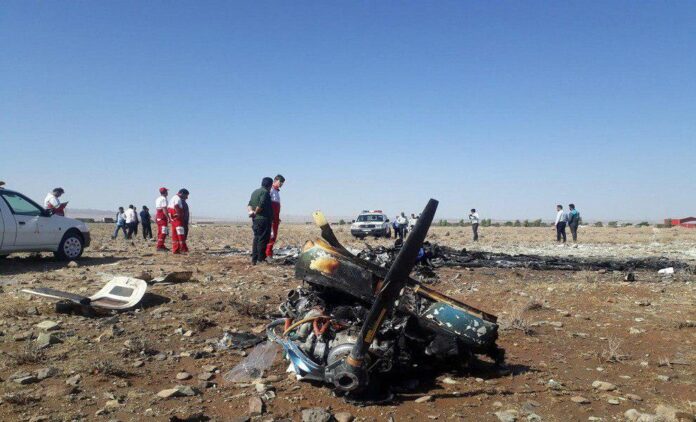 An ultralight training aircraft crashed on Thursday near the city of Garmsar, some 100 kilometres south-east of Tehran, killing two people.

“It was a two-seat training aircraft. As a result of the accident … two crew members were killed,” Ali Hemmati, deputy governor of the Garmsar in Semnan province, told Fars News Agency.

The incident occurred at 9 am, 300-500 metres from the local Aflak Airport of Eyvanakey.

Captain Majid Fathinejad, 51, and a female trainee named Hosseininejad were killed in the incident, according to a Red Crescent official.

Reza Ameri told ISNA that the plane was 150 metres above the ground when the incident happened and it crashed.

Both passengers were reportedly alive when the plane crashed, but they failed to get themselves out of the burning plane.

Ameri says when the rescue teams arrived at the scene, both of them were dead.

The plane was reportedly a private one.