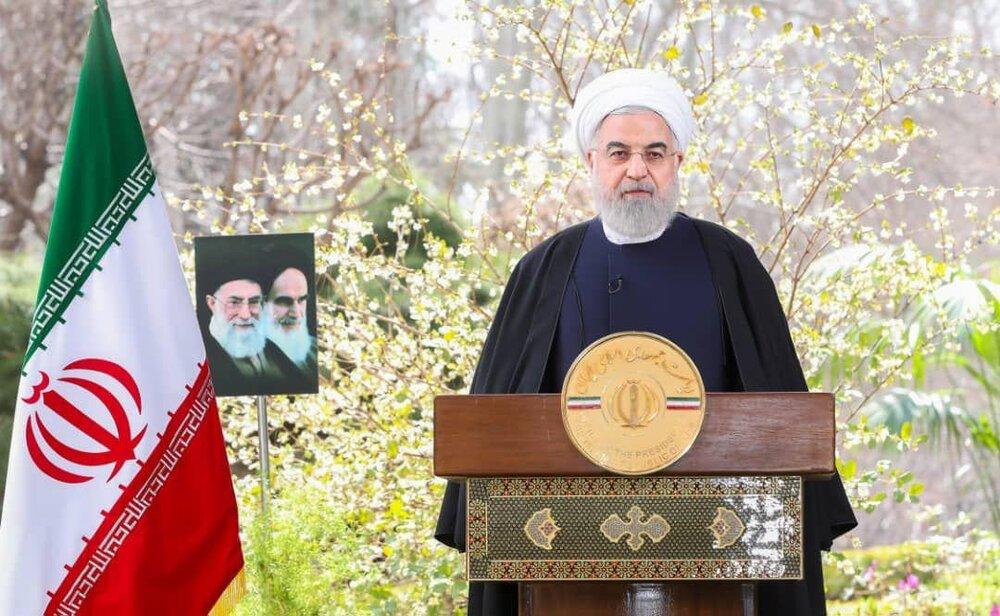 While Iran is celebrating Nowruz under the shadow of the coronavirus epidemic, President Hassan Rouhani has also delivered his new year speech to the nation in markedly different conditions.

In was the first time that an Iranian president made a Nowruz speech while standing. Moreover, the president’s surroundings did not include Haft-Seen, a quintessential component of Nowruz traditions.

Apart from President Rouhani’s verbal emphasis on the need for unity and rapport in the battle with the coronavirus, his body language and the different scene of his speech, with a background of trees covered in blossom, had messages.

The president was standing up at the end of a tough year and at the beginning of another difficult Persian year. He was in fact expressing his administration’s serious determination to stand against the problems and calling on people to stand by the administration firmly.

President Rouhani’s refusal to allow the organizers to set Haft-Seen in front of the camera also reflects his solidarity with the Iranian people whose businesses have been affected by COVID-19 epidemic and who have been unable to celebrate this year’s Nowruz like the past.

The president has given people an indirect message that he is feeling their pains and his administration will be doing its utmost to handle the situation and overcome the coronavirus crisis with fortitude, Borna reported.