The objectives Saudis pursue in airstrikes against Yemen 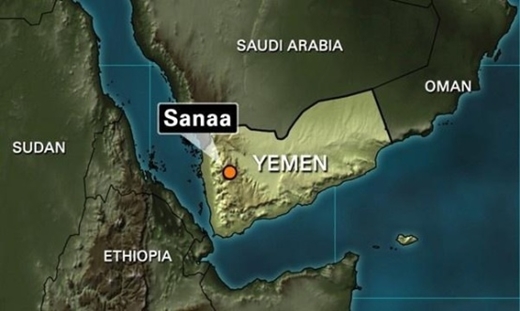 It is no longer possible to stir up insecurity in the region and buy security at home, writes Sadegh Kharrazi, a former Iranian diplomat.

The editorial of Sharq daily on April 13 focused on the goals Saudi Arabia is pursuing through airstrikes on Yemen. The following is a partial translation of the piece penned by Seyyed Mohammad Sadegh Kharrazi, a former Iranian diplomat:

A realistic look at regional developments helps us realize that the gravest threat facing the Persian Gulf, Gulf of Aden and Red Sea are extremism and radicalism stoked in the past and at present by Saudi Arabia, the UAE, Qatar, and Bahrain on the one hand, and Turkey and Egypt on the other.

The experience of the past five decades shows that occasional instability in the region has given rise to interference by trans-regional powers, and that Riyadh, other powers and Israel – through its overt and covert role in regional developments – have taken a high-risk gamble, undoubtedly too difficult to ride out gracefully.

History in the Middle East shows that non-governmental militias wield substantially greater influence than a regular army which does not enjoy popular support. For instance, Afghan fighters gained victory in their fight against the Soviet Union, or Lebanon’s Hezbollah won the 33-day war that pitted it against one of the world’s most terrifying armies. The Israeli army failed to defeat Hezbollah fighters in an expanse of land no bigger than 340 square km in area and suffered an abject defeat.

Saudi airstrikes in Yemen have brought about yet another calamity for the latter. Ansarallah is a group made up of millions of Shafi’i and Zaidi Muslims as well as other Yemenis who have coexisted peacefully for centuries. They have now united in the face of foreign aggression. The Houthis are armed with all kinds of military equipment and weaponry and a major part of the Yemeni army’s equipment is now in the hands of Ansarallah.

Given all facts on the ground in Yemen, now the question is why Riyadh has acted upon the half-baked idea of attacking Yemen and taken a massive risk?

This abrupt shift in Saudi policy came after the demise of King Abdullah. Up until the eve of his passing, Houthi representatives were the special guests of the Saudi government, negotiating the future of Yemen and a replacement to take the helm of the country. Now the question is what changes the death of King Abdullah has brought about to prompt Riyadh to supersede negotiations, a logical settlement and dialog with war and airstrikes.

The division between Saudi leaders is so clear. There are disagreements between Nayef bin Abdulaziz Al Saud [Saudi crown prince] and Bandar bin Sultan over airstrikes and military action on the ground in Yemen, so much so that the US has tried to act as an intermediary to settle the difference.

Currently, Saudi Arabia is unable to bring things under control in its backyard. It has also failed to contain different resistance and revolutionary movements. Besides, every offer floated by the Saudi regime has been turned down by the Houthis.

On two fronts, Riyadh has come across a grave crisis in the court of public opinion: Its support for al-Qaeda and IS beyond its borders and the legitimacy of its new rulers which has become a serious crisis gripping the country. A new generation who does not buy the idea of one family being at the helm of the country has presented the government with a legitimacy crisis.

The Saudis are under the impression that involvement in Yemen’s war can bring the national unity back to the establishment and the House of Saud.

However, the Saudi show of force has not only sparked off more crises in the region, but it has exposed the Saudi foreign policy.

The Saudi intelligence agency has denied the region security for several years by lending long-term support to al-Qaeda as well as its recent backing of IS. And in an unwritten deal with Arab terrorists, Riyadh has ensured its internal security.

But we are talking about a serious war here. It is no longer possible to stir up insecurity in the region and buy security at home. Security is a concept to which a lot of factors contribute. Half-hearted attempts to ensure security like the establishment of puppet governments will shortly turn into a danger and a threat to security.