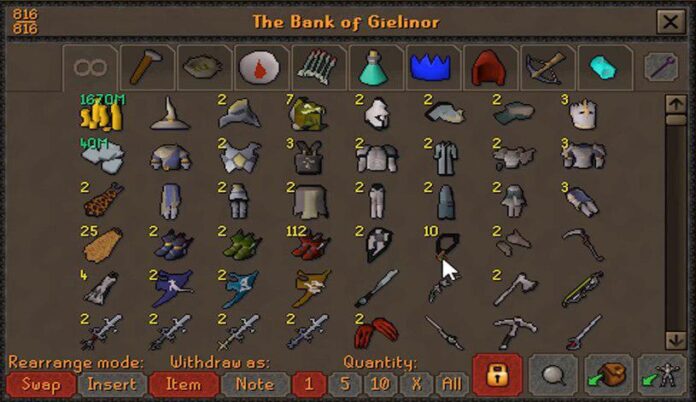 In-game economies can change in as much time as it takes to get your medieval legs to the Grand Exchange. This is true of all MMORPGs, where the shifting focus and motivations of the player base can heavily influence in-game currencies. It’s not a bad thing, either. It adds a certain flavor to a game that might otherwise become stale. However, it does mean that the most profitable ways to make in-game Gold can fluctuate over time leading many players to wonder, what are the most profitable skills in OSRS right now? Well, we have the answers.

Thieving is an easy and simple skill to level up and there are several ways to approach leveling this skill. You can go straight for pickpocketing, or complete the Fight Arena or steal from Cake and Tea stalls in the early levels. Due to the diverse leveling experience of this skill, it’s one of the more engaging skills to level, so you may consider picking Thieving over another skill for this reason.

Thieving Master Farmers can be done from level 38 Thieving, although to get the most gold per hour you’re going to want to have a higher Thieving level.

You may be surprised to see Smithing crop up on this list because historically it was never very profitable. However, Smithing is now extremely profitable. This shift is almost entirely to do with the Blast Furnace. It’s quicker and cheaper to use the Blast Furnace for Smithing than anything else, so it’s well worth your time to give it a go.

Rune crafting has long been one of the most profitable skills, and it still is today. In terms of what you should be crafting, go for Double Nature Runes, and Wrath Runes to maximize your gold making per hour. Historically, Double Nature Runes have been a surefire way to make some decent gold, and this is still the case today. However, there’s a new rune on the block, and that’s Wrath Runes. Wrath Runes can net you more Gold per hour than Double Nature Runes and are the highest leveled runes in the game. You’re looking at 1.6 Million an hour with Wrath Runes.

You can get around three to four million Gold an hour by engaging in combat, so you should channel most of your energy here. So, what are the best monsters to kill in OSRS? Demonic Gorillas, Revenants, Brutal Black Dragons, and Lizardman Shaman, to name a few. All of this gold can be securely and profitably sold on one of the many of online trading platforms, such as Eldorado gg.