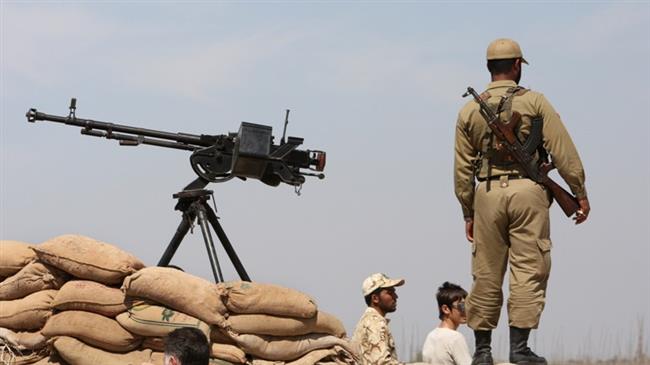 Forces of Iran’s Islamic Revolution Guards Corps (IRGC) have destroyed a nine-member gang of terrorists in the northwest of the country near the border with Iraq.

The public relations office of the IRGC Hamzeh Seyed al-Shohada Base said in a statement on Saturday that the forces killed all members of the terrorist team “tied to global Arrogance” in the Oshnavieh border region in Kurdistan Province on Friday evening.

The statement said that the terrorist group had planned an attack in northern Iraq before crossing the border into Iran.

“Elements of the terrorist team received orders from the heads of terrorist groups in northern Iraq and had precise plans to carry out terrorist and anti-security actions after infiltrating the country,” the statement read.

In June 2017, 40 members of the Daesh Takfiri terrorist group who intended to carry out acts of terror inside Iran in the holy month of Ramadan were identified and arrested in the cities of Piranshahr, Sardasht, Mahabad, Bukan and Takab in West Azarbaijan Province.