Tehran to Launch Open-Top Bus Tours ahead of Nowruz 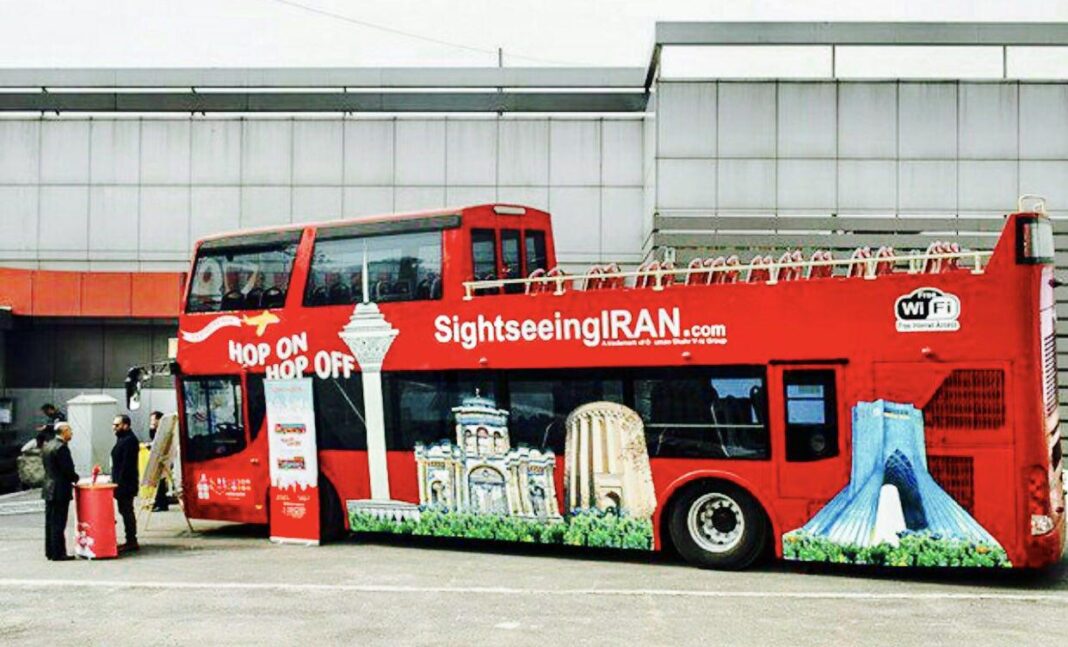 Similar to London’s renowned open-top double-decker bus tours, Tehran tourism officials have been seeking to launch a similar scheme in the sprawling Iranian capital for months.

“If all the paperwork is sorted out as planned, the buses will be released by the Customs Administration soon and the first tours will begin on March 1,” Rajabali Khosroabadi, the head of the city’s Cultural Heritage, Handicrafts and Tourism Organization, told ISNA.

It had been reported earlier that an order for six open-top buses had been placed with a Swedish automaker, but this does not seem to be the case.

“Five open-top buses have been ordered from a Chinese manufacturer,” the news agency quoted Amin Gholamali, a private stakeholder in the tour scheme, as saying.

The double-decker bus was unveiled by Sightseeing Iran (the company conducting the tours) on Tuesday at Tehran Auto Show (Feb. 14-18).

The buses will operate on two routes, one of which takes tourists around the city’s historical fabric in District 12, while the other goes past Tehran’s old and modern landmarks. The bus tours will be conducted from 10 a.m. to 6 p.m.

Tehran tourism officials are eying an annual hike of 15% in foreign tourist attraction. In the last Iranian year (March 2015-16), some 1.2 million foreign tourists visited the metropolis, which marked a 12% increase compared with the previous year.

More information on the bus tours can be found at www.sightseeingiran.com.