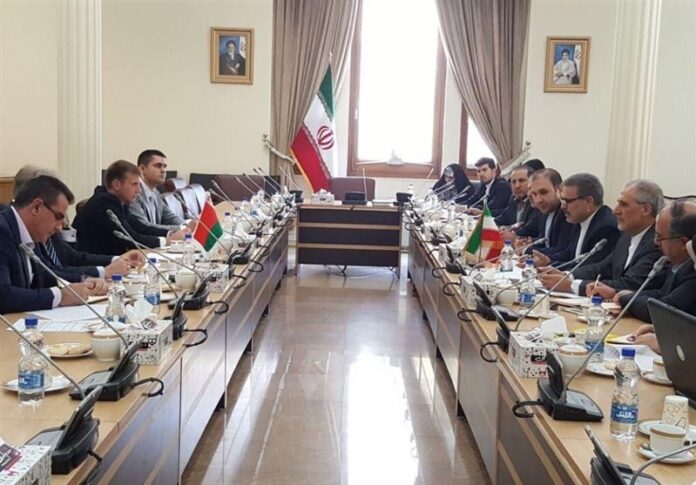 High-ranking officials from Iran and Belarus staged the fifth round of meetings on consular affairs in a bid to boost bilateral relations between the two countries in diverse fields.

In the meeting held in Tehran on Monday, the Iranian and Belarusian delegations hailed the progress in visa facilitation, judicial cooperation, the transfer and extradition of convicts, the fight against illicit drugs and organized crimes.

They also stressed the need to completely implement previous agreements reached between Tehran and Minsk.

During the session, the two sides also discussed cooperation in establishing more facilities for legal, easy and safe travel for citizens of the two countries.

Back in June, Iranian President Hassan Rouhani met with Belarusian President Alexander Lukashenko on the sidelines of the Shanghai Cooperation Organization (SCO) summit in China.

“Belarus has always been a friendly country for Iran and Tehran is ready to strengthen economic and business relations (with the country), especially in scientific and modern technology fields,” Rouhani said at the meeting on June 9.

Iran wants closer ties with Belarus, he said, adding that cooperation between the Islamic Republic and Eurasia would enhance the Tehran-Minsk relations.

Lukashenko, for his part, said his country is resolved to develop relations with Iran in all political and economic areas, adding that Tehran is a key regional partner for Minsk.

He further described as “wise” Iran’s stance on a unilateral move by the US to withdraw from the 2015 nuclear deal known as the Joint Comprehensive Plan of Action (JCPOA) and said taking unilateral actions and violating international obligations undermine international law.

In a unilateral move on May 8, US President Donald Trump announced his country’s withdrawal from the nuclear agreement between Iran and the Group 5+1 (Russia, China, the US, Britain, France and Germany).

Following the controversial decision, Rouhani said Iran weighs plans to remain in the agreement with the other five parties, provided that they ensure full benefits for Iran. 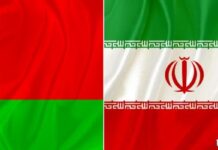 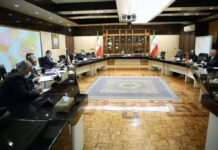 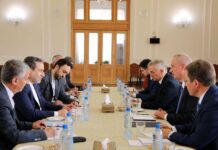