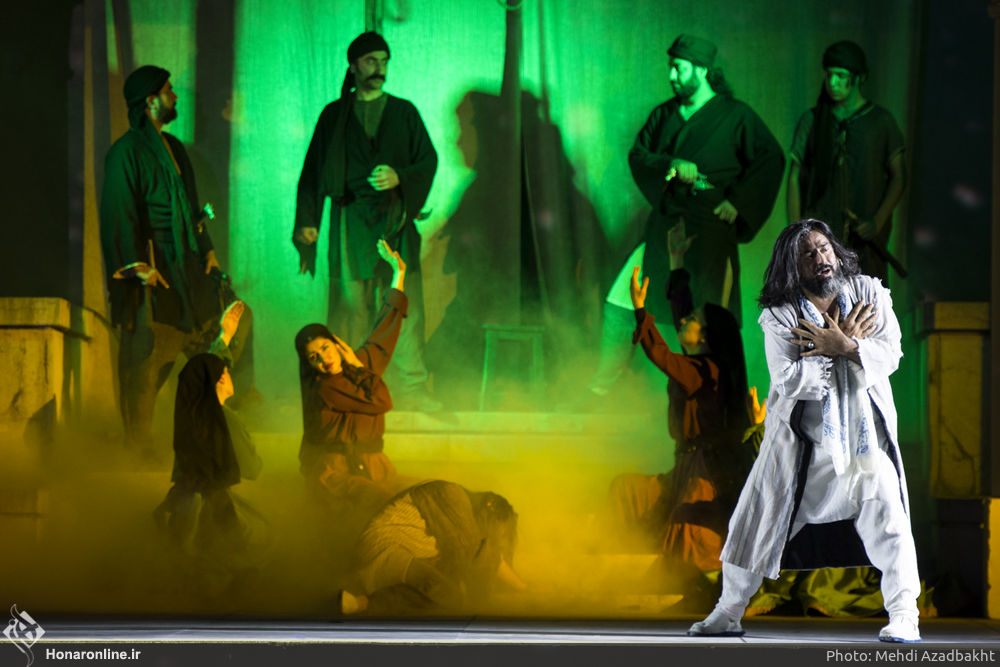 The opera narrates the story of Mansur al-Hallaj (858-922 CE), a Persian mystic, poet and teacher of Sufism. Hallaj is known for his saying “I am the Truth” which many saw as a claim to divinity, while others interpreted it as an instance of mystical annihilation of the ego which allows God to speak through the individual.

Fearing Hallaj’s thoughts and ideas and the growing number of his followers, then Caliph of Baghdad Al-Muqtadir executed him after an extended period of incarceration on religious and political charges.

Parvaz Homay, 39, is the founder of Mastan Ensemble (also known as Mastan & Homay). He specializes in Persian classical music.

Homay and his ensemble have performed the Opera of Hallaj in Tehran as well as Tabriz, Rasht and Shiraz over the past year. He says this year the concert is being conducted for 30 consecutive nights in a more professional way.

“This year, major changes have been made in our performance and the theatrical moves. We have used, for the first time, some cutting-edge 3D mapping systems as well as audience platforms,” he said.

The singer underlined that the performance will remain on stage with two musicians, one background vocalist and 15 actors and actresses.

Homay also touched on the opera’s story and said the project was inspired by the sorrowful fate of Hallaj.

“His fate reveals a significant part of Iran’s social, historical and cultural period. I attach importance to this special historical period and believe it is more important compared with our contemporary era,” he said.

Homay says he was sure that the opera will be performed repeatedly due to the warm reception by the audience.

Below, you can see a collection of photos of the first night of the performance retrieved from Honar Online: