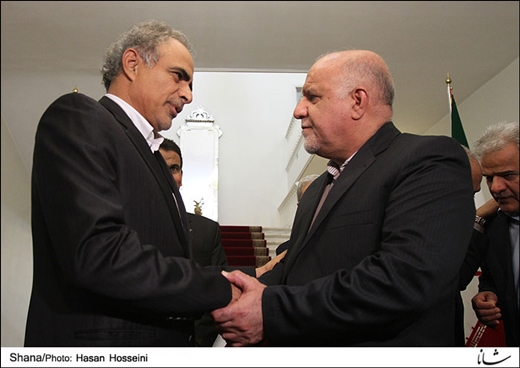 A petroleum activist says that the implementation of the Joint Comprehensive Plan of Action (JCPOA) paves the way for investments in a ban-free Iran. Omani Minster of Oil and Gas Muhammad bin Hamad al-Rumhi says Iran and Oman are to join efforts in addressing falling prices in the oil market.

Speaking following a meeting with Iranian Minister of Petroleum Bijan Zangeneh in Tehran, al-Rumhi described relations between Iran and Oman as good, saying his visit to Tehran was chiefly aimed at discussing problems that are hindering the implementation of a gas pipeline project for the export of Iranian gas to Oman.

“We discussed the pathways towards the implementation of this project during the meeting,” he said.

The Omani official further said investment in Jask port oil terminal is an opportunity for both states.

“One clear result of the falling oil prices is that the revenues of producing countries have fallen by at least 50%; Iran and Oman will cooperate to solve this matter,” al-Rumhi said.

The two ministers met on Friday May 6 on the sidelines of the 21st Iran International Exhibition of Oil, Gas, Refining and Petrochemicals.