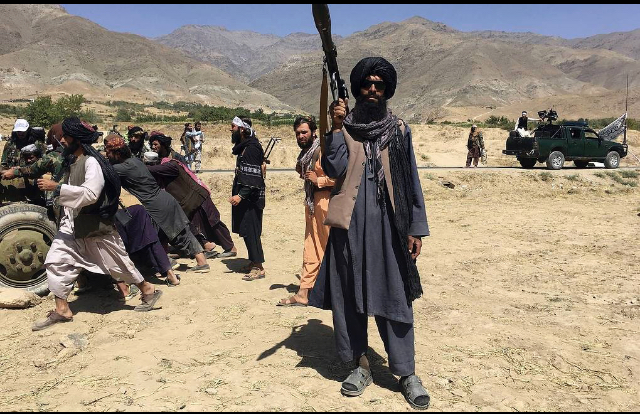 The strategic valley is Afghanistan’s last remaining holdout where anti-Taliban forces seem to be working on forming a ‘guerrilla movement’ to take on the Taliban.

Source told Aamaj News Azizi was arrested and shot on Thursday in Rokha district in Panjshir.

His brother Saleh did not flee from the country like former President Ashraf Ghani. He became one of the leaders of resistance against the Taliban. His exact location remains unknown.

The Taliban announced this week that Panjshir, the last stronghold of the anti-Taliban resistance movement National Resistance Front of Afghanistan (NRF), was under the group’s control.

However, resistance leader Ahmad Massoud insisted the fight continued and called for a national uprising. Massoud’s calls were met with rallies across the country in support of his movement.

The Taliban fighters are tightening their control over Panjshir region by denying residents food and executing civilians, witnesses disclosed.

The witnesses told The Washington Post the Taliban killed at least eight civilians who were “neither supporters of the resistance or the Taliban”.

NRF Spokesman Ali Nazary said on Friday the Taliban has expelled thousands of people from the Panjshir province and is committing ethnic cleansing.

“The Taliban have expelled thousands of people from Panjshir,” he added.

They are committing ethnic cleansing & the world is still watching and ignoring this situation,” Nazary wrote on his Twitter page.

He also called on the international community to stop the war crimes in Afghanistan.

The TOLOnews TV channel reported on Friday a humanitarian crisis and hunger are looming for the residents of Panjshir province where a resistance was organized to counteract the Taliban that seized power in the country.

According to its sources, following the beginning of military actions, the Taliban blocked roads to the province, there is no power or phone connection in the region. According to the sources,

“Panjshir’s residents will encounter serious problems and a threat of hunger if the situation doesn’t change,” the sources declared