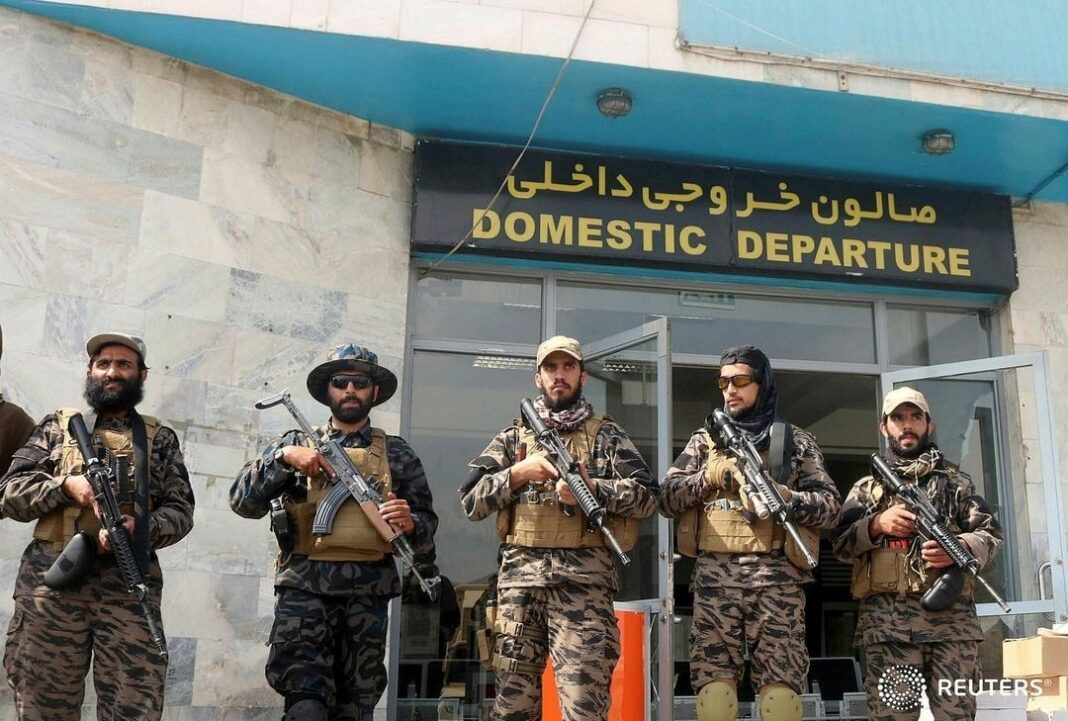 The Taliban says US forces have intentionally damaged equipment at the Kabul’s Hamid Karzai International Airport during their withdrawal from Afghanistan.

A Taliban official said more work needs to be done before the Kabul airport is fully operational again.

“The airport was destroyed by the Americans,” Sibghatullah Waseel, of the Taliban Information Committee, stated.

“They burned down every part of it, therefore we needed time to repair it. But we predict that within a few days, international fights will be in progress,” he added.

A day after the last American soldier left Afghanistan in late August, Anas Haqqani, a key Taliban member, visited the Kabul airport, and stated the US had deliberately destroyed military equipment including helicopters, military vehicles, and facilities.

“For years they called us destroyers. But now you are witnessing those who are destroyers. They have destroyed our national assets,” Haqqani noted.

The last flight carrying American forces left Kabul in the early hours of Tuesday morning ending 20 years of military presence in the country.

Videos and images shared on social media show that dozens of vehicles, helicopters, military equipment, and facilities at the Kabul Airport have been destroyed.

Earlier reports suggested that the Taliban are upset by the US forces’ destruction of planes, helicopters, and other equipment at the military side of the airport, as they considered the hardware to be an Afghan “national asset”.

On Wednesday, the Taliban invited Al-Jazeera’s Charlotte Bellis to visit Kabul international airport following the final withdrawal of US forces.

“Last night their mood was one of joy, celebration, they were shooting in the sky, there were fireworks – they were very happy that the Americans had left,” she said.

“The mood here today is quite different – they are disappointed, they are angry, they say they feel betrayed because all of this equipment is broken beyond repair,” she added.

The Taliban have stated that they hope to reopen the passenger side of the airport to commercial flights in the coming days, which would allow people to leave the country.

“So while the evacuation efforts have finished because the foreign forces have all left, the Taliban say that they are going to stand by their word – which is to allow people to fly out commercially when they get everything operational,” Bellis noted.

The Taliban declared Afghanistan a “free and sovereign” nation as it hailed the exit of US troops after 20 years of occupation, describing their departure as a “historic moment”. Taliban fighters on Tuesday took charge of Kabul’s airport as the last American soldiers flew out of the country.

United States President Joe Biden, in a televised speech, said the US pullout in Afghanistan was the “best decision”, adding that the choice was either to withdraw from the country or escalate the conflict.

“I was not going to extend this forever war, and I was not extending a forever exit,” Biden stated on Tuesday.