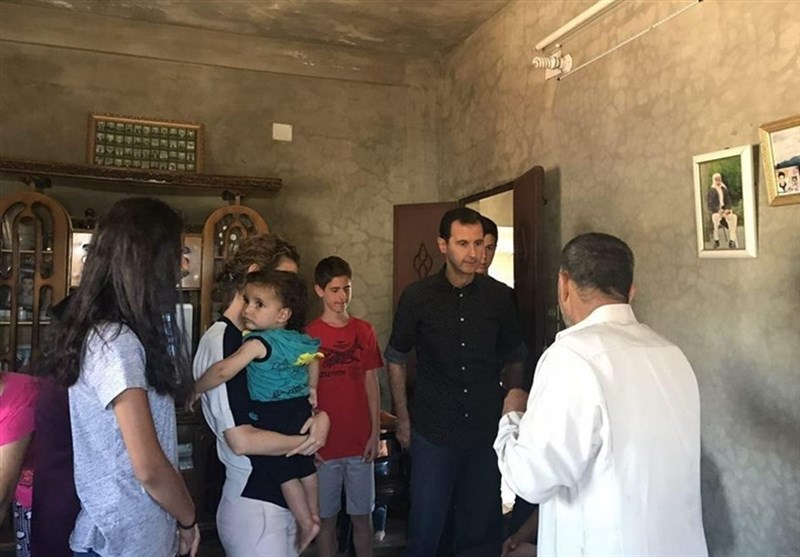 Syrian President Bashar al-Assad, along with his wife and children, visited injured army personnel in their home villages in the west-central province of Hama.

President Assad and his family visited Mohammad Ahmad Khalil in the village of Tal Aafar and Fatir Hassan Mansour in the village of Rabou. Both of the soldiers were wounded in the line of duty while battling Takfiri terrorists and have a disability rating of over 90 percent, the SANA news agency reported on Monday.

All of the wounded troops are receiving support by the Jarih al-Watan program which aids troops with treatment and prosthetics, surgery and helps their general rehabilitation.

The program was launched by the Syrian president in 2014 with the goal of supporting wounded troops and civilians by providing their needs, mainly those whose wounds stop them from functioning in their normal lives.

Over the past six years, Syria has been fighting foreign-sponsored militancy. UN Special Envoy for Syria Staffan de Mistura estimated in August 2016 that more than 400,000 people had been killed in the Syrian crisis until then. The UN has stopped its official casualty count in Syria, citing its inability to verify the figures it receives from various sources.