Syrian Army in Manbij to Protect Kurds from Turkey 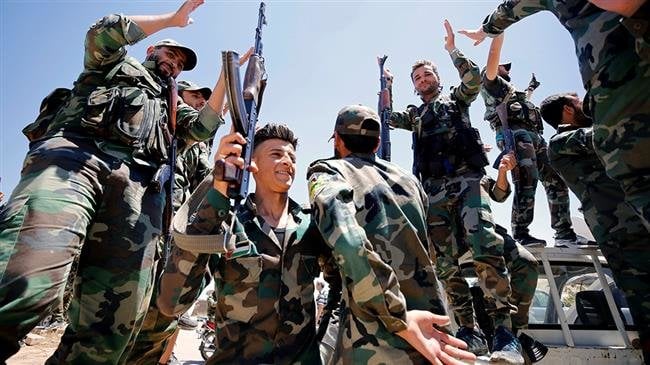 The Syrian army has entered Manbij near the Turkish border, marking the return of territories held by US-backed militants to the government fold for the first time in years, an army spokesman said Friday.

The announcement came moments after the city’s residents asked the Syrian government to retake Manbij following a US pledge to withdraw troops from the Arab country.

The army said it would guarantee “full security for all Syrian citizens and others present in the area.”

“Of course, this will help in stabilizing the situation. The enlargement of the zone under the control of government forces… is without doubt a positive trend,” he said.

State-run SANA news agency said the army raised the national flag in the city which is mainly populated by Syrian Kurds. It is not clear yet whether US troops, which had a base in Manbij, remain in place or have withdrawn.

The city was held by US-backed YPG militia which Turkey regards an offshoot of the outlawed Kurdistan Workers’ Party (PKK).

Turkey had been sending so-called Free Syrian Army (FSA) militants to Manbij in recent years, reportedly in preparation for an offensive to drive YPG fighters out of the city.

Turkish President Recep Tayyip Erdogan signaled earlier this month that a cross-border operation against the YPG would happen soon. Since 2016, Ankara has carried out two similar military operations in northern Syria.

Ankara has been assisting several militant groups fighting to topple the government of President Bashar al-Assad.

The country, however, has moderated its initial hostility toward the Syrian government and been working with Iran and Russia to restore peace to Syria within a framework known as the Astana peace process.

Earlier Friday, Russia’s Deputy Foreign Minister Mikhail Bogdanov said the presidents of the three countries, known as the guarantor states of ceasefire in Syria, are scheduled to meet in Moscow in early January.

“It’s our turn to host the summit… around the first week of the year. This will depend on the schedules of the presidents,” Bogdanov was cited as saying by Interfax news agency.

The Astana format – which has brought the parties to the Syria conflict to the negotiating table – has so far made numerous achievements both on the battlefield and the political stage.

The talks have helped significantly decrease the violence gripping Syria by creating for de-escalation zone there. They have also paved the way for the formation of a constitutional committee.

This is while a parallel UN-backed peace process in Geneva, Switzerland, has failed to deliver any breakthrough.