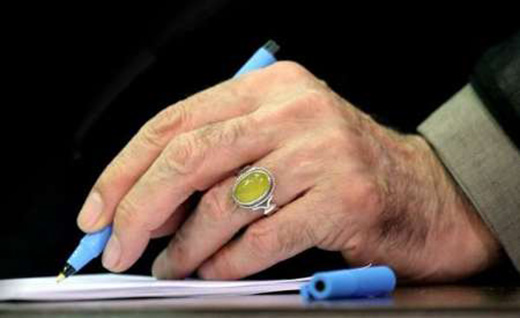 The Supreme Leader of the Islamic Revolution has pardoned or reduced the prison sentences of as many as 630 convicts marking two Muslim feasts.

Supreme Leader of the Islamic Revolution Ayatollah Seyyed Ali Khamenei has pardoned or commuted prison terms of 630 of convicts sentenced by the public, revolutionary and military courts.

The amnesty was made at the request of the Judiciary Chief Ayatollah Sadegh Amoli Larijani and was accepted by the Supreme Leader on the occasion of the auspicious occasions of al-Adha and Ghadir-e Khom.

Ghadir-e Khom is the valley in the neighborhood of holy Mecca where Prophet Mohammad (PBUH) introduced Imam Ali (AS) as his successor during his last Hajj pilgrimage.

The Clause 11 of the Constitution’s Article 110 has given the Supreme Leader authority to pardon prisoners.

The Amnesty does not apply to all convicts, especially those who have been sentenced for their role in armed struggle against the Islamic Republic, armed robbery or organized crime, drug-trafficking, rape, arms smuggling, abduction, bribery and embezzlement.