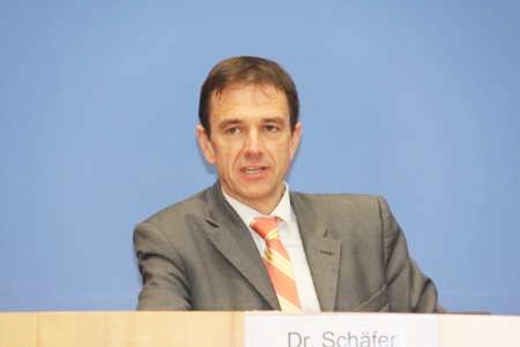 The German foreign minister is to visit Tehran in October at the invitation of his Iranian counterpart Mohammad Javad Zarif.

When asked by IRNA about the objective of Steinmeier’s October visit to Iran, Schaefer said the July 14 nuclear agreement – and thus the settlement of a major dispute in the Near and Middle East – is a good reason for establishing new bilateral relations.

Germany was Iran’s most important trading partner for a long time.

Both countries had deep political, economic and cultural ties which were beneficial to both sides and we seek to re-establish that era, said Schaefer.

This will not happen overnight. This needs time but what is most important is that a first step will be taken and we feel that the timing of it and the international as well as bilateral state of affairs is conducive to boosting Berlin-Tehran relations, he added.

The German foreign minister is to visit the Islamic Republic at the invitation of his Iranian counterpart Mohammad Javad Zarif, Schaefer said.