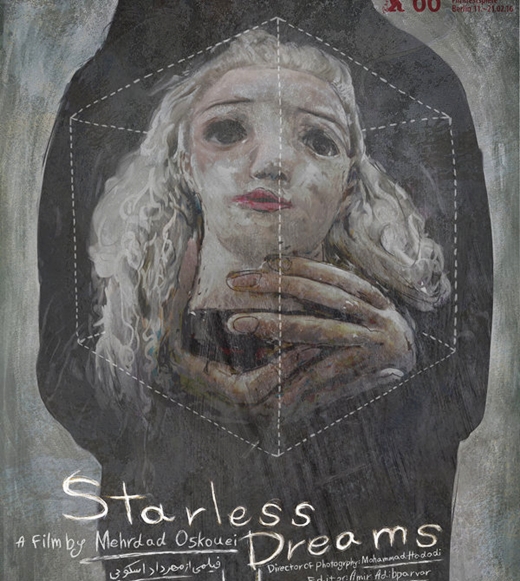 Directed by Mehrdad Oskui, the film won the grand award of the festival which was sponsored by the Reva and David Logan Foundation.

In the documentary, young women in an Iranian juvenile detention center reflect on the crimes they have committed and the harsh circumstances that have shaped their lives.

“We are presenting the Grand Jury Award to a film that took us into a world we are not normally privileged to see,” The jury composed of Rachel Boynton, Margaret Brown, and Ricki Stern stated.

“Beautifully crafted with tenderness and enormous respect for the people in it, this film left us with a bracing emotional punch,” they added.

The jury in this category, Sarah Masters, Michael Palmieri and Malika Zouhali-Worrall said, “This award is presented to the film that best exemplifies the value and relevance of world religions and spirituality.”

Cinema Guild, the New York-Based film distributor, holds the franchise for distribution of “Starless Dreams” in the U.S., Canada and Puerto Rico.

The documentary is about Sonita, an Afghan refugee living in Iran who fights to keep her dream of becoming a rap star alive, while her family attempts to sell her as a bride.

The Full Frame Jury Award for Best Short went to “Clínica   de Migrantes: Life, Liberty and the Pursuit of Happiness, directed by Maxim Pozdorovkin from the U.S.

The festival is organized by the Center for Documentary Studies, a tax-exempt nonprofit organization, and receives support from corporate sponsors, private foundations and individual donors.