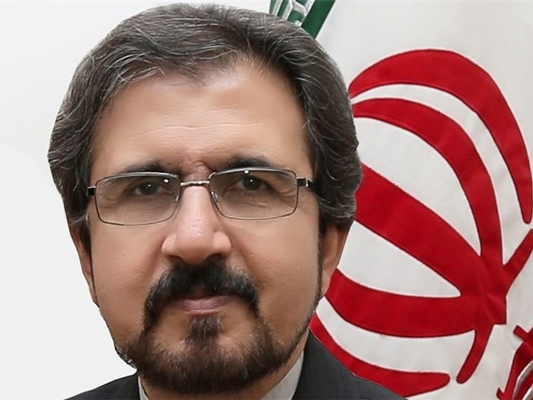 Iranian Foreign Ministry Spokesman Bahram Qassemi categorically denied the “wrong” and “baseless” claims raised in a statement by the Bahraini Foreign Ministry on Iran’s role in a late June bombing in the Persian Gulf littoral state.

Bahrain has arrested two men suspected of planting a bomb that killed a Bahraini woman in late June and of having received training and support from Iran, the interior ministry said on Tuesday, July 12. A ministry statement identified a third suspect in the blast but claimed he had fled to Iran.

In reaction to the statement, Qassemi described the claims as being repetitive, false, baseless, and obsolete, according to a report by Khabar Online, as translated by IFP.

The Iranian spokesman urged the Bahraini government to stop repeating such baseless accusations and adopting such useless approaches and rather, take lessons from such moves, resolve its domestic problems and issues, and find their root causes.

“Unfortunately, the Bahraini government raises such fabricated and rejected claims in a bid to pin the blames on others for its internal conflicts and evade accountability to public opinion,” Qassemi went on to say.

According to the statement released by Bahrain’s Foreign Ministry, the bomb blast occurred on a road as the woman passed in her car in the village of East Eker, south of the capital Manama, on June 30. Shrapnel hit the car, killing her and injuring her three children.

The statement accused the three men of receiving training in weapons and explosives from Iran’s Islamic Revolution Guards Corps (IRGC). The statement claimed that one man traveled to Iran for his training.

The Bahraini version of the incident was even challenged inside the tiny Persian Gulf country. A Bahraini human rights group challenged the official version of events, citing “conflicting narratives”. Opposition activists have said on social media that witnesses reported seeing security forces fire on the woman’s car after it accidentally neared a royal convoy, Reuters reported.