South Korean president in Iran on May 1 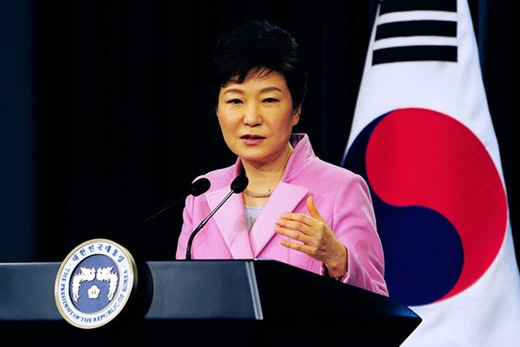 South Korean President Park Geun-hye is scheduled to be in Iran on May 1, Iranian president's deputy chief of staff for communications and information said Monday.

Parviz Esmaeili said the South Korean president will visit Tehran at the invitation of her Iranian counterpart Hassan Rouhani.

During her three-day stay in Iran, President Park Geun-hye will be accompanied by a number of South Korean ministers as well as senior economic officials of that country, said Esmaeili.

During their talks in Tehran, the Iranian and South Korean presidents are to discuss ways to widen bilateral relations, he said.

They will also confer on international and regional developments, he added.

Energy, bank, insurance, infrastructural projects, science, technology, culture and health are among the issues on which Tehran and Seoul are to discuss, the official noted adding various documents will be also inked.

After signing those documents on cooperation, new serious move will start towards development of bilateral ties, Esmaeili said.

Ms Park Geun-hye is the only South Korean president that is to visit Iran.