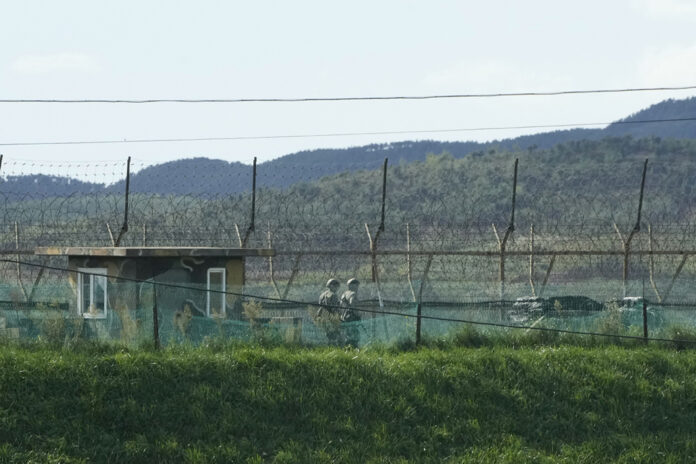 South Korea on Sunday urged North Korea to restore the hotline between the two countries, after Pyongyang proposed an offer for an inter-Korean summit.

On Sunday, South Korea’s Unification Ministry issued a call encouraging the Democratic People’s Republic of Korea (DPRK) to restore a communication hotline between the two countries.

Officials noted that Kim Yo Jong’s recent statement of North Korea being open to conditional talks is “meaningful” toward reconciliation, denuclearization and peace on the Korean Peninsula. The South Korean government is reportedly eager to resume stable communications with the DPRK.

The hotline between the two nations was previously restored back in July, when both countries vowed to improve their communication. While liaison officials of both nations have agreed to communicate, the hotline only remained active for a few weeks.

North Korean officials cut the communication line in June 2020, after the DPRK contended that South Korea had failed to block activists from distributing airborne anti-North Korea leaflets. That same month, Pyongyang razed a building used for the inter-Korean liaison office established in 2018.

According to the DPRK, South Korea has systematically breached multiple agreements, including the Panmunjom Declaration signed in 2018 by North Korean leader Kim Jong Un and South Korean President Moon Jae-in.

The agreement details that both North Korea and South Korea must “cease all hostile acts”.

Kim Yo Jong appeared to have made reference to this section of the agreement when she urged South Korea to halt what she referred to as its “hostile policies” toward North Korea.

As for the prospect of another summit between the Koreas, Kim Yo Jong contended that a meeting between the North Korean leader and the South Korean president could only be held within an “impartiality and the attitude of respecting each other”.

N. Korean leader’s sister pointed out that both the summit, and discussions on the end of the war between the two Koreas, could wait.

“There is no need for the North and the South to waste time faulting each other and engaging in a war of words,” the memo from Kim Yo Jong stated.

She emphasized in a separate, Saturday statement that South Korea also seeks to re-establish communication and reunification talks on the Korean Peninsula.

“I felt that the atmosphere of the South Korean public desiring to recover the inter-Korean relations from a deadlock and achieve peaceful stability as soon as possible is irresistibly strong,” Kim Yo Jang said, adding, “We, too, have the same desire.”